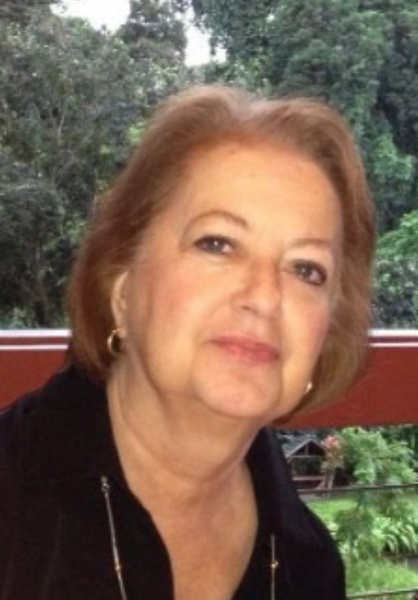 Mary Louise Uhlig was born December 1, 1942 in Williamsburg, Iowa, the daughter of Albert G. And Ruth (Spiegler) Mews. She was baptized and confirmed at St. Paul Lutheran Church in Williamsburg. She attended Lutheran School, Williamsburg High School and graduated from University of Northern Iowa. Mary was united in marriage to Calvin Uhlig on June 19, 1965 at St. Paul Lutheran Church in Williamsburg. She enjoyed playing the piano, singing and directing the church choir. She was a member of Our Savior Lutheran church in Aiea, Hawaii before moving to Glen Ellyn in November 2019. Mary passed away on Tuesday, March 24, 2020 at Brookdale Senior Living in Glen Ellyn, Illinois at the age of 77.

Funeral Service will be on Saturday, April 18, 2020 at the Powell Funeral Home in Williamsburg. Burial will be at St. Paul Lutheran Cemetery in Williamsburg. Due to COVID-19, this will be a closed service. We will be holding a Celebration of Life Memorial event at a later date.
Messages and memorials may be sent to www.powellfuneralhomes.com. In lieu of flowers, memorials may be directed to the Alzheimer's Association.

To order memorial trees or send flowers to the family in memory of Mary Louise Uhlig, please visit our flower store.