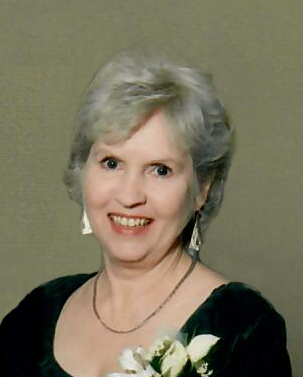 KEOTA-Mary Vincent, age 75, died Thursday, January 17, 2019, at State Center Specialty Care in State Center.
Mary was born March 18, 1943, in Keota, to Kenneth and Alta (McDevitt) McGuire and graduated from Keota High School in 1961. She attended St. Louis University and graduated from Buena Vista University with a B.A. in Elementary Education. Mary married Charles Vincent and they were later divorced. She lived in Ida Grove until 1988, where she married Tony Kallas. They were also later divorced. She then lived in Kansas City and North Carolina before moving back to Iowa. Mary enjoyed being outdoors, gardening and bird watching.
Survivors include three children: Suzanne (Paul) Wolf of Bryson City, North Carolina, Paul (Sue) Vincent of St. Anthony and James (Kim) Vincent of Kansas City, Missouri; eight grandchildren: Tyler, Cory and Noel Wolf, Leah, Rachel and Faith Vincent and Gabriel and Emma Vincent and sister: Ann Ellis of Renton, Washington. She was preceded in death by her parents and sister: Sue Pawsat.
Funeral service will be held at 11:00 a.m. on Thursday, January 24, 2019, at Powell Funeral Home in Keota, with Pastor Vince Homan officiating. Burial will be at Keota Cemetery. Visitation will be from 10:00 a.m. until service time on Thursday, January 24, 2019, at the funeral home.
A general memorial fund has been established. Powell Funeral Home and Cremation Service in Keota is caring for Mary and her family. Tributes may be made at www.powellfuneralhomes.com.

To order memorial trees or send flowers to the family in memory of Mary Vincent, please visit our flower store.