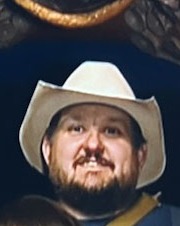 Matt was born May 24, 1984 in Iowa City, the son of Robert and Melanie (Jehle) Stutzman and grew up on their farm outside of Wellman.  He graduated from Mid-Prairie High School in 2002, where he was the President of the FFA Club, traveled with ACTION group building houses for Habitat for Humanity, and worked as a DJ for KCII radio in Washington.  After graduating, he had his son Owen and adopted his daughter Sariah while working as a security guard for various companies.  Matt bought a home in Iowa City in 2012 and had his second son, Xander in 2014.  He went back to school and earned Bachelor’s Degrees in Psychology and Informatics, and worked installing equipment for Business Radio.

Matt was a man of many interests that he loved sharing with his children. He enjoyed games of all kinds, from card games to board games to video games.  He was a lifelong fan of comics, especially DC.  He loved movies and television shows and would sit and hyper analyze the plot with anyone interested in the subtext of cinema.  In his free time, he also enjoyed umpiring and coaching kids baseball.

Matthew is survived by his children, Sariah, Owen and Xander Stutzman; his parents, Robert and Melanie Stutzman; his brother Joseph Stutzman and wife Christina Day, and their children Anthony and Mia Day.

He will be missed by family, friends, colleagues and neighbors.  If you or someone you know is struggling with mental health and having suicidal thoughts, help is available 24/7. Dial 988 and speak with someone today.

To order memorial trees or send flowers to the family in memory of Matthew Stutzman, please visit our flower store.