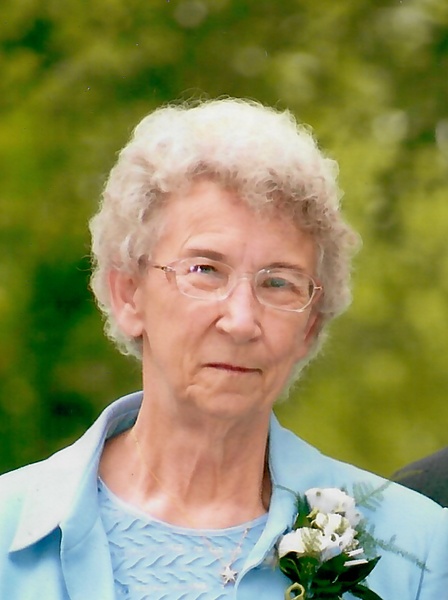 KEOTA-Maxine Carris, age 88, of Keota, died Saturday, August 29, 2020, at the United Presbyterian Home in Washington.
Maxine was born March 27, 1932, in Washington, to Ezra and Blanche (Houston) Christner and graduated from Ollie High School in 1951. On August 15, 1964, she married Robert Carris in Sigourney. Following marriage the couple lived in Keota. Maxine worked in housekeeping at University of Iowa Hospitals and Clinics and the deli at Bucky's IGA in North English. She enjoyed her family, putting on big feeds, caring for others, mushrooming, fishing, camping, being outdoors, sewing, flowers, baking wedding cakes and her dogs.
Survivors include her husband: Robert of Keota; five children: Robert (Kathy) Northup of Brighton, Ronald (Cindy) Northup of Washington, Melody Hammes of Urbandale, Sandy (John) Mast of Kalona and Christy Gray of Lincoln, Nebraska; 14 grandchildren; 32 great grandchildren; two great great grandchildren and two brothers: Forrest Christner of Ollie and Marvin Christner of What Cheer. She was preceded in death by her parents; four sisters: Ruby Rockhill, Lucille Koth, Viola Schaeffer and Freda Quick; brother: Hubert Christner and granddaughter: Whitney Gray.

Visitation will be held from noon until 7:00 p.m. on Thursday, September 3, 2020, at Powell Funeral Home in Keota, where the family will be present from 5:00 p.m. until 7:00 p.m. There will be no service. Burial will be at Keota Cemetery at a later date. Mask usage and social distancing are required for visitation.

A general memorial fund has been established. Powell Funeral Home and Cremation Service in Keota is caring for Maxine and her family. Tributes may be made at www.powellfuneralhomes.com.

To order memorial trees or send flowers to the family in memory of Maxine E Carris, please visit our flower store.