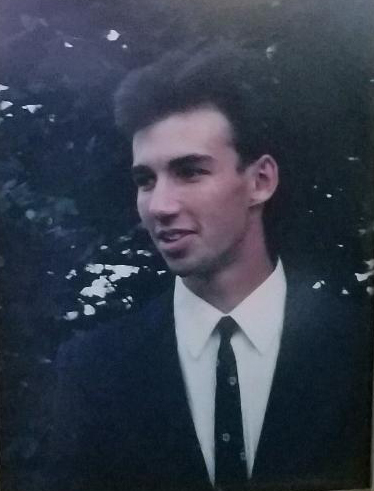 Michael T. McKain was born November 15, 1971 in Marengo, Iowa, the son of Donald and Norma (Hunter) McKain. He grew up in the Conroy area. He graduated from Williamsburg High School in 1990 and attended Kirkwood for auto mechanics. Michael had several jobs before going to Lindquist Ford in Bettendorf.. He enjoyed riding motorcycles, playing frisbee golf and spending time with his neighbors Jody, Nathan, Maeric and Malynah. Michael passed away Thursday November 15, 2018 at the Genesis Medical Center in Davenport at the age of 47.
He is survived by his mother, Norma McKain of Upper South Amana, two brothers: Steve (Audrey) McKain of Amana and Vincent McKain of Conroy; five nieces, Amy Groom, Hillary McKain, April McKain, Rebecca Caldwell and Brandy Russell and two nephews, Danny McKain and Anthony Rose. He was preceded in death by his father.

Celebration of Life Service will be 11:00 am Tuesday, November 20, 2018 at the Powell Funeral Home in Williamsburg. Visitation will be from 10:00 until service time. Burial will be at the Indianapolis Cemetery near Indianapolis. Messages and tributes may be left at www.powellfuneralhomes.com.

To order memorial trees or send flowers to the family in memory of Michael T McKain, please visit our flower store.