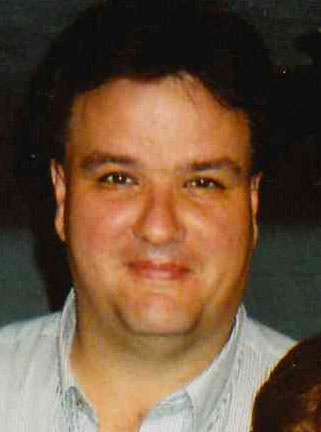 Williamsburg- Monte J. Lehmkuhl was born October 7, 1962, in Waterloo, Iowa, son of Robert and Judith (Rommel) Lehmkuhl. He graduated from Prairie High School in Cedar Rapids and the University of Iowa. He was united in marriage to Darla Teggatz on May 27, 1989, at Immanuel Lutheran Church near Williamsburg. With this marriage, they were blessed with two sons, Christian and Jacob. He enjoyed attending all of his sons' athletic events, watching the St. Louis Cardinals, both cooking and grilling, researching family genealogy, reading- especially American history, fishing for walleye on the Mississippi River near Guttenberg, playing cards, bowling in the Williamsburg men's league, and traveling with his friends on their annual March golf trip to Osage Beach. Despite his stroke, he continued to watch his sons play college football, attend worship services- especially on Christmas Eve, and join in family gatherings. Monte was a member of Immanuel Lutheran Church, where he also served as treasurer from 1999-2004. He worked at the University of Iowa Hospitals & Clinics until suffering a stroke in 2011. Monte was a devoted and loving husband, father, brother, brother-in-law, nephew, uncle, and friend. Monte passed away Wednesday, March 3, 2021, at Compass Memorial Healthcare in Marengo at the age of 58.

Monte is survived by his beloved wife, Darla; two sons, Christian, of North Liberty, and Jacob, of Lone Jack, Missouri; a brother, Nick (Lisa) Lehmkuhl, of Cedar Rapids; a sister, Kari (Mick) Nelson, of Waukee; two brothers-in-law, Lowell Teggatz, of Oxford, and Douglas (Sherry) Teggatz, of Rock Island, Illinois; a sister-in-law, Wendy (Craig) Lohmann, of Cedar Falls; mother-in-law, Shirley Teggatz, of Homestead; aunts, Mary Jo (Denny) Juel and Connie Rommel, of Waterloo; and many cousins, nieces, and nephews, as well as great-nieces and great-nephews. He is preceded in death by his parents; father-in-law, Donald Teggatz; a niece, Abigail Nelson; an uncle, Charles Lehmkuhl; and his grandparents, Gerhardt and Hulda Lehmkuhl and Earl and Ethyl Rommel.

A Celebration Of Life Service will be at 10:30 a.m. Wednesday, March 10, 2021, at Immanuel Lutheran Church in Williamsburg, Iowa. Burial will be in Immanuel Lutheran Cemetery. Visitation will be Tuesday from 3:00 to 6:00 p.m. at the Powell Funeral Home in Williamsburg. Please practice social distancing and face masks are required. The service will be livestreamed on Powell Funeral Homes Facebook page and at www.powellfuneralhomes.com. Memorial contributions can be made to Immanuel Lutheran Church, Lutheran Interparish School, or Compass Memorial Healthcare in Marengo.

To order memorial trees or send flowers to the family in memory of Monte J. Lehmkuhl, please visit our flower store.