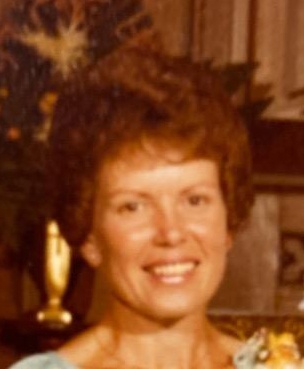 Williamsburg- Myrna Sue Heitshusen was born February 10, 1935 in Green Valley outside of North English, Iowa, daughter of Luella May McCartor and Marvin (Pete) Aldrich. She grew up in North English and graduated from English Valleys High School in 1953. After high school, Myrna worked in Iowa City pursuing a career as a bookkeeper. Her focus shifted when one magical night at a dance, Myrna met Ralph Heitshusen from South Amana. The two dated until Ralph served in the Korean conflict from 1954-1956. Upon Ralph's return from his time in the service, the two were married on September 9th, 1956 at Immanuel Lutheran Church near Williamsburg. Their marriage was blessed with three children: Steven, Sheryl and Kevin.

Maintaining all the farm records and bookkeeping, Myrna worked alongside Ralph on their family farm just west of Williamsburg. She enjoyed gardening and canning, taking extreme satisfaction with her yard and flowers being meticulously groomed and spending time with family and friends. Myrna was well known for her delicious and prized chocolate chip cookies, chocolate peanut clusters and her traditional homemade beef and noodles, a three-day creation, which accompanied her to every family gathering. She also took great pride in maintaining an immaculately clean home. Most people would see ironing to be a dreaded task, but she found joy and therapeutic pleasure in ironing. She served many mouthwatering meals to those who worked on the family farm through the years with her soul/comfort food delights. She was an avid Iowa Hawkeye fan and enjoyed watching college basketball and attending her grandchildren's various sporting events and activities. She cherished her Friday night gatherings with her close circle of friends and faithfully celebrating life at the end of the day with a toddy. Myrna was a faithful listener of WMT radio all day and she loved to record weather patterns by manually charting rainfall amounts and temperatures. She possessed a long litany of rhyming folk wisdom that she could rattle off at the drop of a hat. Most of all, she embodied the definition of a hard-working loving farmer's wife, as well as loving mother, grandmother, daughter, sister and friend. She was a member of the Iburg Poulson VFW Post #8797 Auxiliary, Red Hats, and St Paul's Lutheran Church, where she served on the Ladies Aid. After battling Alzheimer's for many years, Myrna passed away peacefully on Tuesday, July 27, 2021, at Highland Ridge in Williamsburg at the age of 86.

A Celebration of Life Service will be 10:30 am on Tuesday, August 3, 2021 at Powell Funeral Home in Williamsburg. Burial will be at St. Paul's Lutheran Cemetery. Visitation will be Monday from 4:00 to 7:00 pm at Powell Funeral Home in Williamsburg. In lieu of flowers a memorial fund has been established for the Iburg Poulson VFW Post #8797 Auxiliary. Messages and tributes may be directed to www.powellfuneralhomes.com.

To order memorial trees or send flowers to the family in memory of Myrna Sue Heitshusen, please visit our flower store.