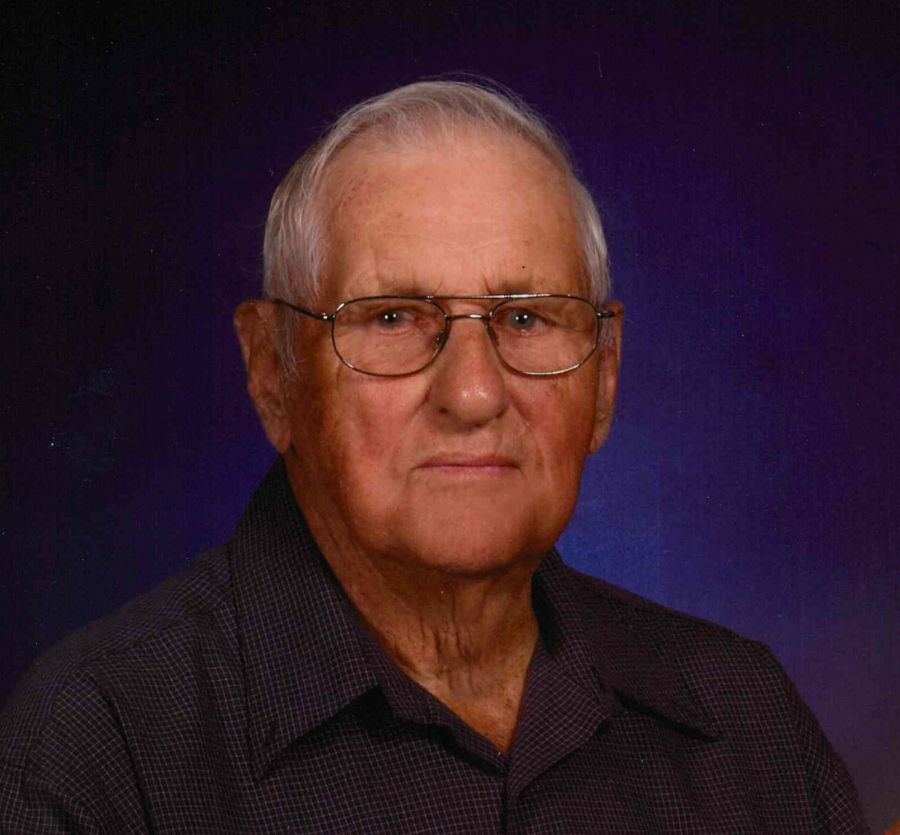 WASHINGTON - Omar (Pete) Dale Schlabaugh was born November 10, 1925 near Sharon Center in Johnson County, IA and passed away on May 31, 2019 at the age of 93 after suffering a stroke. He was the son of Mahlon and Kate (Miller) Schlabaugh. Pete attended Boone School in rural Johnson County. On September 2, 1949 he was united in marriage to Clara Belle Bontrager at East Union Mennonite Church where they remained members. They spent their lives farming until 2004 and Pete remained living on the farm until his death.
Pete was a very special person and enjoyed spending time with family and friends, watching his grandchildren's activities, going to coffee and out to eat, taking care of his yard and putting puzzles together, but his favorite past time was golf, which he played at every opportunity. He was a well-known member of the Kalona Golf Club and was the oldest member of Men's Golf League. He cherished all the memories and friendships he made while golfing.
Pete is survived by five children: Diane Martin of Farmington, Sandra Schlabaugh of Kalona, Jeanna and her husband Devon Stauffer of Beaver Crossing, Nebraska, Dawn and her husband Ezra Schrock of Wellman, Michael and his wife Colleen Schlabaugh of Fort Madison. Also surviving are 13 grandchildren; 13 great grandchildren; 3 siblings, Gladys Schlabaugh, Emil Schlabaugh, and Barbara Schlabach, all of Kalona. Pete was preceded in death by his parents, his wife Clara Belle on July 3, 2009, two brothers Ralph and Delmar (Shorty), and sister Idella Brenneman.
The family wants to thank all of those that were wonderful friends to Pete throughout his life. He loved this community and always found someone to socialize with. Thank you for welcoming him in, as he stopped to say Hi and chat at many of the businesses and homes in Kalona. His siblings, church family and friends were there to keep him happy and active in his later years, and we are so thankful for that. God's Blessings to all those still with us and enjoy Life!

Celebration Of Life Service will be 10:30 Wednesday, June 5, 2019 at East Union Mennonite Church, rural Kalona. Burial will be in East Union Cemetery. Visitation will be 2:00 to 8:00 pm Tuesday June 4, 2019, the family will greet friends from 2-4 and 6-8 pm at the Yoder-Powell Funeral Home in Kalona. A memorial fund has been established for East Union Mennonite Church and Kalona First Responders.
Yoder-Powell Funeral Home is caring for Pete and his family.
Messages and tributes may be sent to the family at www.powellfuneralhomes.com

To order memorial trees or send flowers to the family in memory of Omar "Pete" Schlabaugh, please visit our flower store.