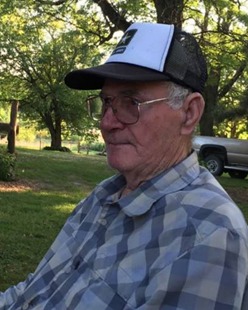 Wellman-Owen C. Bringman was born May 6, 1932, near Wellman, Iowa, the son of Toney and Della (Butterbaugh) Bringman.  Owen proudly served his country in the United States Army from May 1952-April 1954 where he did a tour to Italy.  On May 15th 1958, he was united in marriage to Ada Arlene Binley in Kahoka Missouri.  They made their home in rural Wellman where Owen was a life-long resident. Owen worked on the railroad and then finally joined his brothers, Dick and Bill working construction until his retirement.  Owen moved out to Colorado in 2015 to be closer to his daughter. Owen loved spending his time fishing, hunting and watching Westerns. Owen passed away on Sunday September 11th, at the age of 90 years.

To order memorial trees or send flowers to the family in memory of Owen C. Bringman, please visit our flower store.