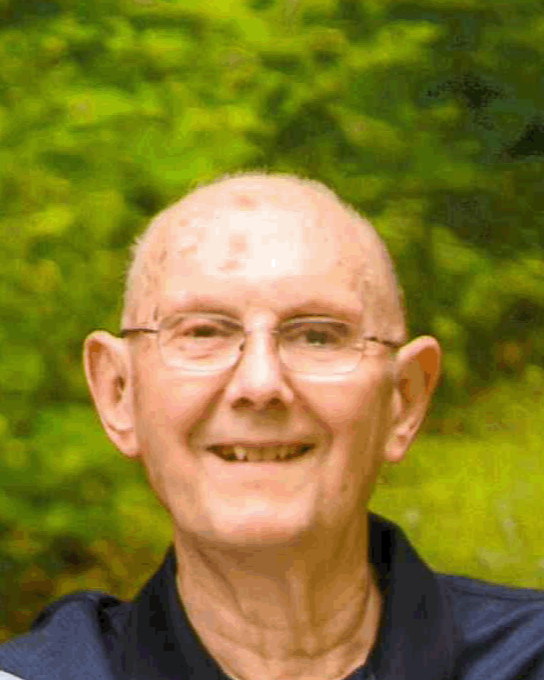 Richard Eugene (Gene) Scott, 86, went to be with his Savior on Saturday, October 22, 2022 in Wellman, Iowa with his loving family by his side.

Gene was born September 11, 1936 in Iowa City, Iowa, the son of Richard O. and Jannette (Wade) Scott. He graduated from Wellman High School in 1955. He was united in marriage to the love of his life Nancy Nickell on June 14, 1958 at First Baptist Church in Wellman, Iowa. To this union were born three children Carol, Donna, and David. He graduated from the University of Iowa with a master’s degree in education. Gene’s teaching career spanned 35 years the majority of which was at Highland Community Schools as a high school science and math teacher as well as a guidance counselor.

Over the years Gene faithfully served his Lord in many capacities in the Ainsworth Community Church, Faith Baptist Church, and currently was a member of First Baptist Church in Wellman. He served as a deacon, Sunday School teacher, a tenor in the church choir, and many other church-related activities. One of his favorite ways of serving was singing for his Lord.

In July 2002, Gene received the gift of life with a new heart allowing him twenty plus years to spend with his family and continue to serve the Lord. He also served as a member of the Wellman Library Board from 2003-2009. He received recognition for reading 100 books in 2016 when the library celebrated its 100th anniversary. For 10 years he was an instructor for hunter safety receiving an award for his years of service.

Gene was a lifelong amateur inventor frequently found in his shop making implements for his John Deere tractor or improvements to his home, but his greatest love was spending time with his family.

He was preceded in death by his parents; one brother, Fred Scott in 2001, and one sister, Linda Scott in 2022.  Also preceding him in death were one grandchild, Kevin Scott Glass and one step-great grandchild, Lauren Elizabeth Bauer.

Visitation will be held on Tuesday, October 25 from 4-7 pm at Powell Funeral Home in Wellman.  The funeral will take place at First Baptist Church in Wellman on Wednesday, October 26 at 10:30 am.  In lieu of flowers, donations can be made to First Baptist Church or Wellman Scofield Library in Gene’s name. Messages and Tributes may be left at www.powellfuneralhomes.com

To order memorial trees or send flowers to the family in memory of Richard Eugene Scott, please visit our flower store.