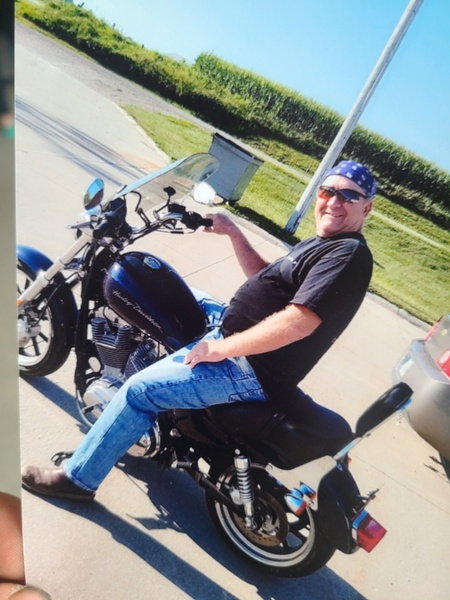 Williamsburg-Robert (Bob) W. Chittick was born Nov. 5, 1958, in Sigourney, the son of Everette E. and Ellen (Wade) Chittick. He graduated in 1977 from English Valley High School in North English.  In 1988, he was united in marriage with Sally Long (Bucher), they later divorced. Bob worked at Jones Enterprises as a farm hand. He grew up in Keokuk County and then lived in Iowa County. He was a member of the 319 Motorcycle Club. Bob enjoyed working, property maintenance, anything related to agriculture, motorcycles and having a good time. Bob passed away on Friday, March 25, 2022, in Williamsburg, at the age of 63 years.

Celebration of Life Service will be held at 10:30 am on Thursday, March 31, 2022, at the Powell Funeral Home in Williamsburg. Burial will be at Piersol Cemetery, rural North English. A visitation will be held from 4:00 pm until 7:00 pm Wednesday, March 30, 2022. A general memorial fund has been established.  Powell Funeral Home in Williamsburg is caring for Bob and his family. Messages and tributes may be sent to the family at powellfuneralhomes.com.

To order memorial trees or send flowers to the family in memory of Robert (Bob) W Chittick, please visit our flower store.