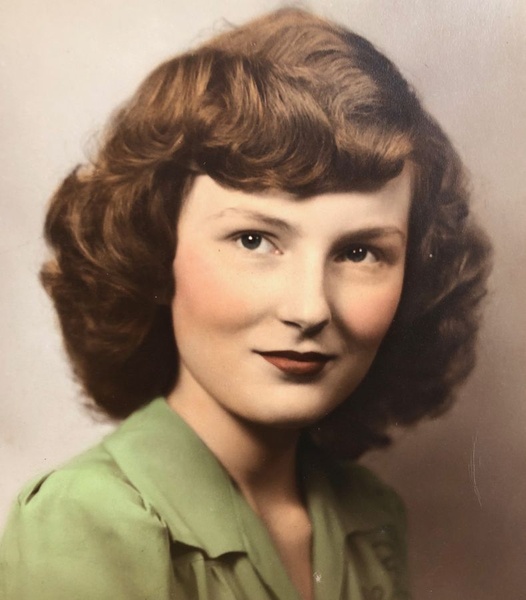 On September28, Roberta Henrietta Hanson was born in Williamsburg, Iowa. She was the daughter of Robert Henry Edwards and Irene Elizabeth Menary.

Roberta attended and graduated from Williamsburg High School. After high school, she worked one summer at Holden's detassling before heading on to Iowa Teacher's College in Cedar Falls, Iowa, to become a teacher. To support herself and pay for her tuition, she worked at Iowa Mutual Insurance Company, in the Underwriting department, as a Coder along with her best friend from high school, Elizabeth Harrington Mills. A year later she went home for the summer and met George J. Hanson at Little Chicago Restaurant. For her it was love at first sight.

On a beautiful fall day September 3, 1949, Roberta married George Hanson, to start her life as full-time homemaker, wife and eventually a business partner with the Hanson farm. After settling down she was heavily involved in church at St. Michael's Church in Holbrook, Iowa. She was a Chairwoman and Co-chair for many of the church activities and events.

During her spare time, Roberta enjoyed traveling, camping, bird watching. She was voracious reader who couldn't get enough of books. She always had a book with her wherever she went. Her biggest and all-time favorite activity was taking walks, long walks, which I believe attributed to her longevity.

A Funeral Mass will be held 10:30 am Saturday, October 5, 2019 at St. Mary's Catholic Church in Williamsburg. Burial will be in the St. Mary's Cemetery. Visitation will be Friday from 4:00 to 7:00 pm at the Powell Funeral Home in Williamsburg. There will be a prayer service at 4 pm.

To order memorial trees or send flowers to the family in memory of Roberta H Hanson, please visit our flower store.