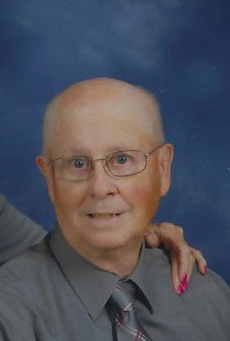 Williamsburg- Roland Elver Williams was born December 12, 1936 in High Amana, Iowa the son of Elver & Amanda (Puegner) Williams. He attended Amana Schools. On August 30, 1957 Roland was united in marriage to Carol Jean Teggatz at Immanuel Lutheran Church by Rev. John Nieman. He was baptized and confirmed the following year. He worked for the High Amana Farm Dept., Kraus Furniture, Amana Service Dept., the machine shop and mechanical maintenance in the Woolen Mill. He most enjoyed his years as a heavy equipment operator for Gahring Construction. Roland was a member of St. Paul Lutheran Church in Williamsburg. After his retirement he loved traveling and camping until the ALS took away his ability to walk. He was a master "I remember when," story teller, until the disease took away his ability to talk. He was diagnosed with ALS in 2016. He will be missed and remembered for his wink, smile and attempt to blow a kiss until the end. Roland died on Tuesday, April 16, 2019 at his home in Williamsburg, at the age of 82 years.

To order memorial trees or send flowers to the family in memory of Roland E Williams, please visit our flower store.