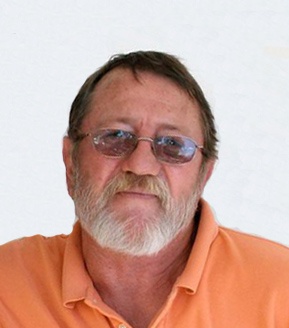 SIGOURNEY-Ron Kerr, age 73, of Sigourney, died Wednesday, September 2, 2020, at his home.
Ron was born March 29, 1947, in Ottumwa, to Emery and Nadine (Beasley) Kerr and graduated from Sigourney High School in 1965. He started college in Kirksville, Missouri but stopped his studies and served his country for four years in the United States Air Force. Stateside he served at Ellsworth Air Force Base in Rapid City, South Dakota guarding the missile silos. His overseas orders sent him to Takhli Royal Thai Air Force Base where he and his dog, Butch, guarded B-52 bombers when they came in from their missions. Ron married Linda Clarahan; they had a daughter, Tamara Kerr, and were later divorced. On November 1, 1986, he married Carolin "Sherry" Carter Hammes and became Dad to Kristina Hammes. Ron worked for the Natural Gas Pipeline in Harper for 20+ years. He served two terms on the Sigourney City Council representing the 1st Ward, had a lifetime membership in the Lacey Kerr V.F.W. Post #2308 and was proud to have achieved his private pilot's license.
Survivors include his wife: Sherry Kerr of Sigourney; his daughter: Tamara Kerr of Knoxville, Tennessee; four grandchildren: Courtney (Ryan) Long of Newhall, Shane Kerr of Knoxville, Tennessee, Colton (Shelby Christman) Hammes of Kirksville, Missouri and Chase (Alyssa Manchester) Tremmel of North Liberty; three great grandchildren: Kierra Torres, Reagan Long and Jaxen Hammes; seven siblings: Garry Kerr of Pleasant Hill, Karen Hart of Urbandale, Linda Kerr of Sigourney, Pam (Steve) Carter of Washington, Mike (Dorothy) Kerr of Keota, Carol (Bob) Mendenhall of Sigourney and Jackie (Kevin) Baughman of Keota; mother-in-law: Patricia Carter and many nieces and nephews, both related and non-related. He was preceded in death by his parents; daughter: Kristina Hammes; brother-in-law: Newell Hart and father-in-law: Bill Carter.

Celebration of Life Service will be held at 1:00 p.m. on Sunday, November 1, 2020, at Legion Park in Sigourney, with Pastor Vince Homan officiating. There will be no visitation.

A memorial fund has been established for the Wounded Warrior Project. Powell Funeral Home and Cremation Service in Sigourney is caring for Ron and his family. Tributes may be made at www.powellfuneralhomes.com.

To order memorial trees or send flowers to the family in memory of Ron Kerr, please visit our flower store.