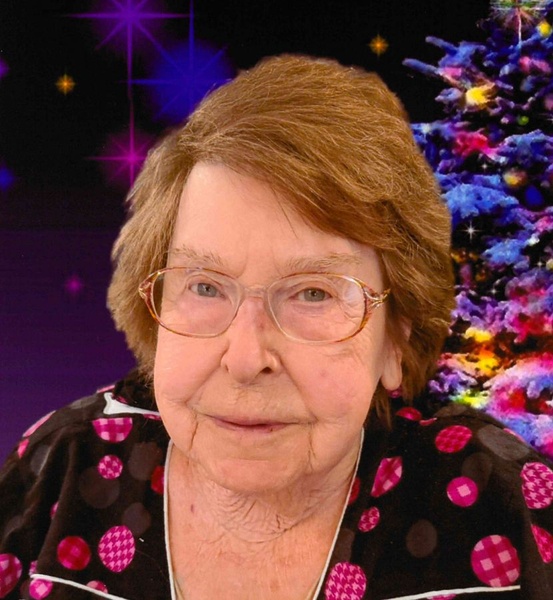 Washington- Ruth Agnes Bonnell was born July 11, 1920, in Carroll, Iowa. The daughter of David Earl and Rose Agnes (Daniel) Duckett. Ruth graduated from Corpus Christi High School in 1938 in Fort Dodge. Dwayne Bonnell and Ruth were married on November 16, 1945, at his parents' home in Wauseon, Ohio after he returned from serving in the Navy in World War 2. They had 2 daughters (Jody and Bonny) and lived in West Des Moines for 32 years then moved to Mesa, Arizona after Dwayne retired as an Electrical Engineer for Northwestern Bell in 1976. They camped and travelled extensively. They especially loved the Black Hills. She enjoyed sewing, gardening, and canning, cooking, bowling, volunteering for multiple committees and golfing. She especially enjoyed ballroom dancing with her husband. She was a devoted mother, wife and friend.
Ruth with her daughter Bonny moved back to Iowa after Dwayne's passing in 2005 to be close to daughter Jody and her family.
She was a member of Holy Trinity Catholic Church in Richmond and St. James Catholic Church in Washington. Ruth passed away in her sleep on Wednesday, September 1, 2021 at Halcyon House in Washington at the age of 101 years.
Ruth is survived by two daughters Jody (Charles) Rogness of Richmond and Bonny Bonnell of Washington, 2 grandchildren, Amy Elisabeth (Jason) Sayer of Colorado Springs and Jennifer Joy (John) Bush of Richmond and a great granddaughter, Erika Sayer.
She was preceded in death by her husband Dwayne, parents, a brother Othello Duckett and a sister Alma Whipple.

A Graveside Service will be held at a later date.
A memorial fund has been established for Hospice of Compassus. Yoder Powell Funeral Home in Kalona is caring for Ruth and her family. Messages and tributes may be directed to www.powellfuneralhomes.com.

To order memorial trees or send flowers to the family in memory of Ruth Bonnell, please visit our flower store.