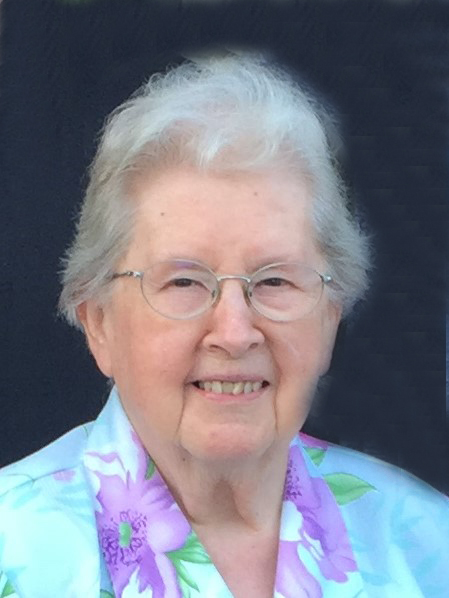 PARNELL - Ruth Lucille Yoder King daughter of Roy L and Irene (Slaubaugh) Yoder, was born October 14, 1935 in Wellman, IA. She graduated from Iowa Mennonite High School and earned an Associates Degree at Eastern Mennonite College in 1956. She married John Mark King Jr. on October 12, 1957 at West Union Mennonite Church.
She was a homemaker and devoted her life to caring for children, grandchildren, and great-grandchildren. She baked, gardened, canned, and served with her grandchildren. She was a member of West Union's Mennonite Women's sewing circle and volunteered at the Crowded Closet. Ruth died on Saturday, May 11, 2019 at Colonial Manor in Amana at the age of 83 years.
Ruth is survived by her husband John Mark and their four children: David King (Susan) of Shenandoah, IA, Mary Lou (Parag) Adalja of New Canaan, CT, Barbara Thumma (Kevin) of Cedar Rapids, and Janelle Houge (Scott) of Metamora, IL., and her two brothers Dean Yoder of Warsaw, MO and Daniel Keith Yoder of Wellman, IA. She is also survived by 12 grandchildren and 10 great-grandchildren.
She was preceded in death by her parents.
Funeral Services will be held at 10:30 AM on Wednesday, May 15, 2019 at the West Union Mennonite Church in rural Parnell. Pastor David Heusinkveld will officiate. Burial will be in the West Union Cemetery. Visitation will be held from 2-8 PM on Tuesday, May 14, 2019 at the Powell Funeral Home in Wellman.

To order memorial trees or send flowers to the family in memory of Ruth King, please visit our flower store.