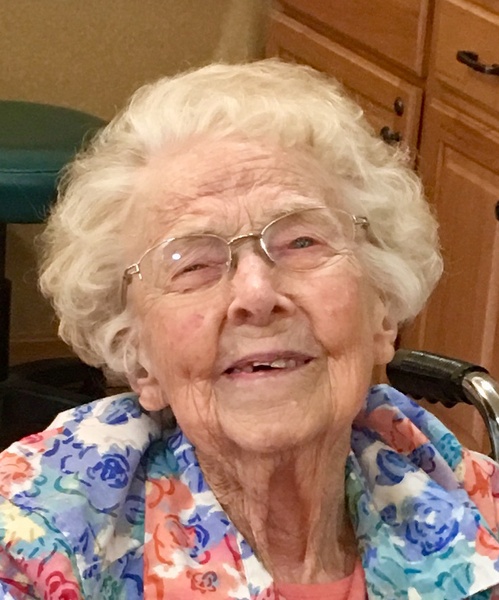 Williamsburg- Ruth Jeanette Mayberry was born October 12, 1920, in Wyoming Township in Jones County Iowa. The daughter of Lee Miles and Aletha Louisa (Trimble) Allen. Ruth grew up in Jones county. She was united in marriage on February 8, 1941 to Dale R Mayberry at the Monmouth Methodist Church. They lived in Albany, New York, while her husband served in the military then they moved to Williamsburg. Ruth was a member of the American Legion Auxiliary and a past member of the Federated Club, a member of St. Paul United Methodist Church in Williamsburg for over 50 years, she was in the UMW, and sang in the church choir. Ruth Passed away Tuesday, April 14, 2020 at the Highland Ridge Care Center at the age of 99 years.

A private family graveside will be held at a later date at the Monmouth Cemetery in Monmouth, Iowa. A memorial fund has been established for St. Paul United Methodist Church and Highland Ridge Care Center. Memorials may be sent to Powell Funeral Home, PO Box 269, Williamsburg, Iowa 52361. Messages and tributes may be sent to the family at www.powellfuneralhomes.com Powell Funeral Homes is caring for Ruth and her family.

To order memorial trees or send flowers to the family in memory of Ruth Mayberry, please visit our flower store.