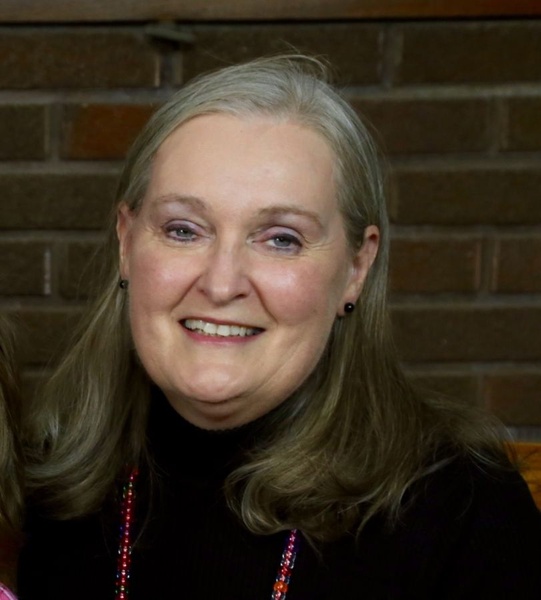 Sally Jane Hall was born on February 17, 1954, in North English, Iowa and passed with peace and grace with her family beside her on June 9, 2019. She was a pillar of her community serving in local, county and statewide offices.

She was raised on a farm east of Deep River by parents Walter R. and Marian Lucille (McCullough) Harbert, Jr. After graduating from Deep River - Millersburg High School in Millersburg, Iowa, she was united in marriage to Loren L. Hall of Millersburg on June 24, 1972, at the United Church in Deep River. Their union produced a daughter, Andrea. The couple took over ownership of the local grocery store from Loren's grandparents, Roy and Marge Taylor. The entire family worked at Hall's Grocery Store.

Sally's service to the community began in 1976, when she was named Millersburg City Clerk. She served in that role for 42 years. In the early 1980's, Sally and Loren were a part of a group that created a quick response emergency team, the Millersburg First Responders. As a member, she proudly served the community for 36 years, much of that time as QRS Director. Sally was a board member of the Iowa County EMS Association.

Sally was a leader in numerous community groups including the Millersburg Athletic Association, Commercial Club, Betterment Committee, Library Board and the Iowa County Community Foundation. She was a member of the Millersburg United Methodist Church serving in many leadership positions.

In honor of her leadership, the Iowa County Sheriff's dispatch center was named the Sally Hall Communications Center.

Sally was the secretary of the Iowa Sportsman's Federation, a state affiliate of the National Rifle Association.

She was a loving wife, mother and grandmother. She was tremendously proud of her daughter and granddaughters. The compassion, love, and service she gave selflessly was felt by all who had the opportunity to meet and interact with her.

Sally was preceded in death by her mother, Marian Harbert and her mother-in-law, Helen (Taylor) Hall.

Celebration of life service will be held 10:00 AM on Thursday, June 13, 2019 at the Millersburg United Methodist Church, Millersburg, Iowa. Burial will be held at the Millersburg Cemetery following the service. Visitation will be held on Wednesday, from 4:00 to 8:00 PM at the Powell Funeral Home, North English, Iowa. General memorial fund has been established. Messages and tributes may be left at www.powellfuneralhomes.com

To order memorial trees or send flowers to the family in memory of Sally Hall, please visit our flower store.