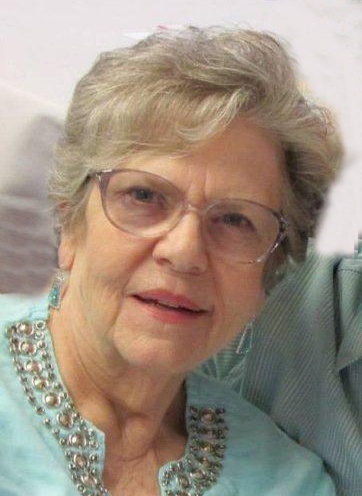 KALONA - Sharon Snoe Christen was born February 23, 1945, in Council Bluffs, Iowa, the daughter of Helen Pitcher. She grew up in Council Bluffs where Sharon and her mother lived with her great grandparents until her mother married August Munch. When Sharon was 9 years old August gave her the best Christmas present ever, adoption papers, she was now a Munch. When Sharon was 19, she met Paul Christen who was stationed at Offutt Air Force Base south of Omaha. After dating for 2 years they were united in marriage on June 26, 1966 in Council Bluffs. They lived in Tulsa, Oklahoma; Sheuyville area, and have lived in Kalona since 2006. Sharon was a homemaker and devoted wife and mother. She was a very active member of High Point City Church. Sharon passed away on Saturday, March 21, 2020 at her home in Kalona surrounded by her loving family. She was 75 years old.
Sharon is survived by her husband Paul; 2 sons: Scott Christen of Tipton, Luke (Alicia) Christen of Lisbon; a granddaughter Tessa Beale; 2 sisters: Kathy Womble of Clarinda, Kristie (Jon) Evanson of Adair; 3 brothers-in-law: David Christen of Wadena, Glen (Joann) Christen of Marshalltown, Louis Christen of Elgin. Also surviving are adopted family: Cory and Sandra Popejoy and their children Eliana, Elijah and David. Sharon was preceded in death by her parents, a son Duane Christen, a sister Susie, 2 sisters-in-law: Dorothy Christen, Cheryl Christen, a brother-in-law Ron Womble, and Samuel Paul Popejoy.

A memorial service will be held at High Point City Church at a later date. A memorial fund has been established for Iowa City Hospice and Iowa City Drop Inn. The Yoder-Powell Funeral Home in Kalona is caring for Sharon and her family.

To order memorial trees or send flowers to the family in memory of Sharon Snoe Christen, please visit our flower store.