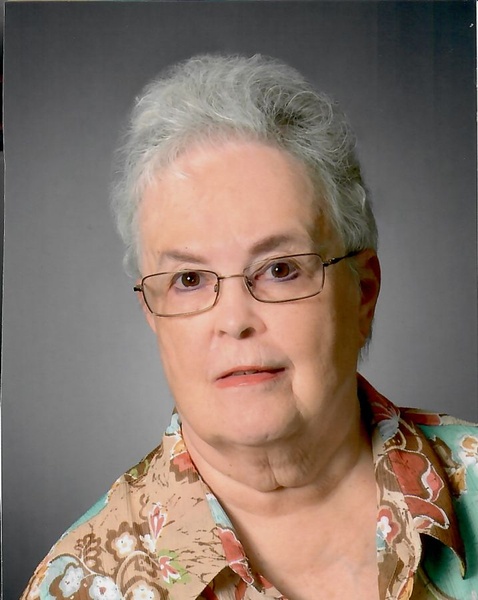 WASHINGTON-Sheryl Jean Sieren of Washington, Iowa passed away on December 30, 2020 at the age of 75.
Sherry was born to Elmer Richard Dumont and Verna Irene Colbert on February 8, 1945. She grew up on a farm near Ollie, Iowa and would tell many stories of her adventures milking the cows, feeding the chickens, riding horses and playing with the cats as a child. After graduating from Pekin High School in 1963 she went to Mercy School of Nursing in Iowa City where she received her RN license. She married Francis Sieren in 1966 and was married for 25 years. They lived on a farm in Wellman, Iowa where they raised seven children and she worked at Parkview Manor Nursing Home as an RN and Director of Nursing. She earned her Master's of Health Administration license and spent the rest of her career in the role of Administrator/Director of Nursing in several different nursing homes in Southeast Iowa before retiring in Washington, Iowa.
Throughout her life she loved to bake, sew, cross-stitch and was rarely seen without a crossword puzzle nearby. She always had a craft project in the works to be given as a gift or donated to a local organization. Her family could always count on her to hem pants or fix a dress, sew a costume or make a quilt. She loved to attend family gatherings and would often have a special handmade gift for her grandchildren on their birthdays and Christmas. She was an active member of St. James Catholic Church in Washington. During retirement she volunteered many hours at Halcyon House helping residents, at St. James soup kitchen and at Washington County Hospice where she received "Volunteer of the Year" award.
She had a gentle spirit and steadfast faith in the Lord Jesus Christ. Her generous heart toward others will be missed by many.
Sherry is survived by her siblings, Peggy (Bill) Winn of Fairfield, David Dumont of Wellman, Patricia (Roy) Carver of Muscatine, John (Carla) Dumont of Ollie and Kathy Dumont of Iowa City. Her children, Kristine Sieren of Council Bluffs, Jeff (Joan) Sieren of Wellman, Lori (Donald) Wilkinson of Lakeville, MN and their children Alex (son Elliot), Ethan, Donald and Nina, Anne (Nate) Chalupa of Keota and their children Ryan, Erin, Jace and Izzi, Carmen (Brian) Herbel of Ankeny and their children Avah, Lucas, Linley and Emery, and Amy (Nathan) Brown of Jupiter, FL and their children Pendan and Sagan.

She was preceded in death by her son Doug Sieren, brother Danny Dumont, mother Verna Adams and father Elmer Dumont.

Funeral mass will be held at 11:00 a.m. on Saturday, January 2, 2021, at Holy Trinity Parish - St. Mary Catholic Church, 109 N Lincoln Street, Keota Iowa with Rev. Robert Lathrop officiating. The service will also be livestreamed on the Powell Funeral Home facebook page. Burial will be at Holy Trinity Cemeteries - St. Elizabeth Cemetery in Harper. Visitation will be from 9:00 a.m. until 11:00 a.m. at the church. Mask usage and social distancing are required at the visitation and funeral.

In lieu of flowers the family asks that donations be made to Hospice of Washington County, 948 E. 11th Street, Washington, Iowa or online at www.hospicewc.com.

To order memorial trees or send flowers to the family in memory of Sheryl "Sherry" Sieren, please visit our flower store.