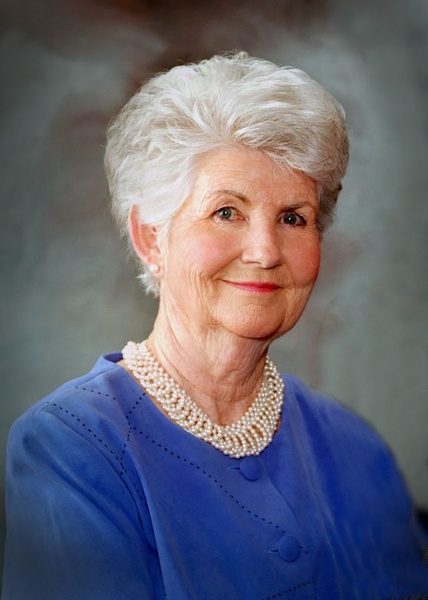 FRYTOWN - Shirley Ellen Martin Stutzman was born July 21, 1936, near Parnell, Iowa, the daughter of Walter and Ruth (Hertzler) Martin. She attended Iowa Mennonite School and Iowa City City High School. On April 17, 1954 Shirley was united in marriage to Stanley Stutzman at Danforth Chapel in Iowa City. They have made their home in the Frytown community. She did house cleaning for several years and volunteered over 1000 hours at the Patients Library at the University of Iowa Hospital. Shirley was a member of the First Mennonite Church in Iowa City where she served on many committees. She enjoyed spending time in her garden and working in her flower beds. With her loving family at her side, Shirley passed away on Thursday, June 4, 2020, at her home near Frytown.
Shirley is survived by her husband Stanley; 3 sons: Walt (Patty) Stutzman of Washington; Curtis (Svetlana) Stutzman of Kalona; Lyle (Monica) Stutzman of Johnston; 8 grandchildren: Shauna (Todd) Olson, Joni (Eric) Jones, Shelby Ogoli, Sonja (Stewart Master) Stutzman, Alex Stutzman, Artyom Rayev, Mikhala Stutzman, Morgan Stutzman; 12 great grandchildren; and a sister BJ Westphal of Hot Springs, Arkansas. She was preceded in death by her parents, and 2 sisters: Jeanie Beachy and Helen Bontrager.

A memorial service will be held at a later date. Memorials may be directed to the Shirley Stutzman Memorial at Hills Bank in Kalona, with the proceeds going to the Patient Library at the University of Iowa Hospital or First Mennonite Church of Iowa City. The Yoder-Powell Funeral Home in Kalona is caring for Shirley and her family.

A drive by visitation will be held Tuesday, July 21, 2020 from 6-8 pm at the Yoder Powell FUneral Home in Kalona.

To order memorial trees or send flowers to the family in memory of Shirley E. Stutzman, please visit our flower store.