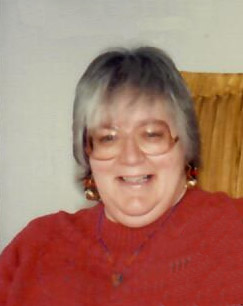 South English- Susan Marie Sass was born February 23, 1945 in Des Moines, Iowa. She was adopted by Carl and Ruby (Jansen) Carlson. Sue graduated from Valley High School in West Des Moines in 1963. She went on to receive her Bachelor's degree in social work from the University of Iowa. Sue worked as a social worker for Keokuk County DHS and later Linn and Johnson Counties. Sue was a member of the English River Church of the Brethren near South English. She enjoyed shopping, doll collecting, bead work, basket making, horseback riding and animals. Sue died on Sunday, June 2, 2019 at the University of Iowa Hospitals and Clinics in Iowa City at the age of 74 years.

Visitation will be held from 9-11 am on Saturday, June 8, 2019 at the English River Church of the Brethren, near South English. A memorial service will immediately follow the visitation. A general memorial fund has been established. Powell Funeral Home in North English is in charge of arrangements. Messages and tributes may be left at www.powellfuneralhomes.com

To order memorial trees or send flowers to the family in memory of Susan Marie Sass, please visit our flower store.

English River Church of the Brethren

English River Church of the Brethren