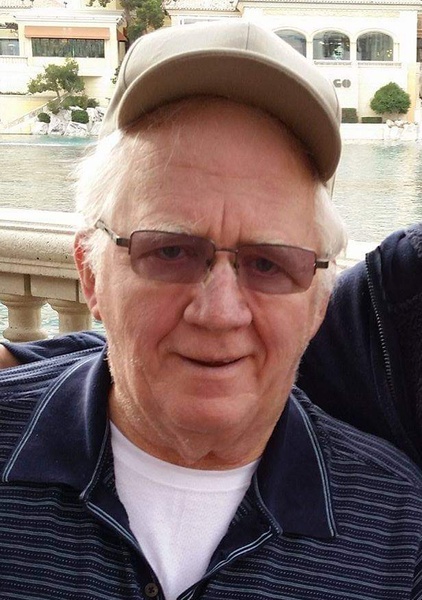 North English- Ted Clark Gallagher was born August 20, 1949 in Oskaloosa, Iowa, the son of John Lloyd & Mae Elizabeth (Dittmer) Gallagher. He attended Eddyville High School. He worked as a welder for Vermeer for over 25 years. After retirement he drove truck for STS Transport, worked at Lowe's and most recently Casey's in Williamsburg. On July 17, 1999 Ted was united in marriage to Marie Amlong in North English. He was a member of St. Joseph Catholic Church in North English and the Mason's. He enjoyed photography, especially shooting pictures of eagles in their habitat, woodworking, fishing, reading and spending time with his dogs and cats, especially Mackenzie, his dog buddy and Sunny, his favorite cat. Ted died on Wednesday, November 24, 2021 at the English Valley Care Center in North English at the age of 72 years.

Ted is survived by his wife Marie of North English; a daughter Mary Jo (James) Mahan of Tuttle, OK; three grandchildren Grace, Mara & Connor Mahan; two brothers Tom Gallagher of Redfield and Dan Gallagher of Oskaloosa; and several nieces & nephews. He was preceded by his parents and a sister Linda Gallagher.

A Celebration Of Life Visitation will be held from 4:00 - 6:00 pm on Tuesday, November 30, 2021 at the Powell Funeral Home in North English. A general memorial fund has been established. Messages and tributes may be left at www.powellfuneralhomes.com. Please check back for the full obituary.

To order memorial trees or send flowers to the family in memory of Ted Clark Gallagher, please visit our flower store.