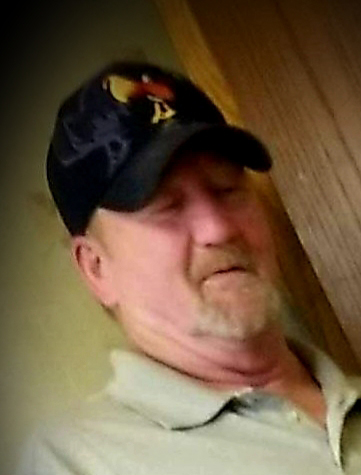 KEOTA-Terry Lynn Hagans, "Rooster," age 62, of Keota, passed Wednesday, April 7, 2021, at his home, with his wife by his side, following a sudden illness.
Rooster was born February 19, 1959, in Fairfield, Iowa, the second son of Richard and Lynnette. He grew up in the Brighton area. He was considered a "Jack of all trades" and was ground man for his brothers' roofing crew for 17 years around the Washington area. Rooster enjoyed camping, fishing, watching old westerns, riding his mower around town and hanging with friends and family.
Survivors include his wife of 38 years, Charlotte; daughters: Joni (John) Knopick and son Logan of Johnston, Melinda Baughman (Jason Milam) and family Makala, Paytan, and Timberlyn of Keota, Amber Hagans (Lance Young) and family Landon, Skylin, E.J., Zane and Cruz of Washington, father: Richard (Linda) Hagans of Brighton; brothers: Rick (Marcy) Hagans of Washington, Bob (Deb) Hagans of Brighton, David Hagans of Brighton, Donald Williams of Fairfield and Jeromy Williams of Birmingham; sisters: Lynnette Hostetler of Fairfield and DeAnna Filson of Stockport; many nieces, nephews and friends. He was preceded in death by his mother: Lynnette Williams; brother: Jim Williams; grandparents; sister-in-law: Debbie Milam; in-laws: Tom and Sandy Thompson, aunts, uncles and many friends.

A general memorial fund has been established. Powell Funeral Home and Cremation Service in Keota is caring for Terry and his family. Tributes may be made at www.powellfuneralhomes.com.

To order memorial trees or send flowers to the family in memory of Terry "Rooster" Hagans, please visit our flower store.