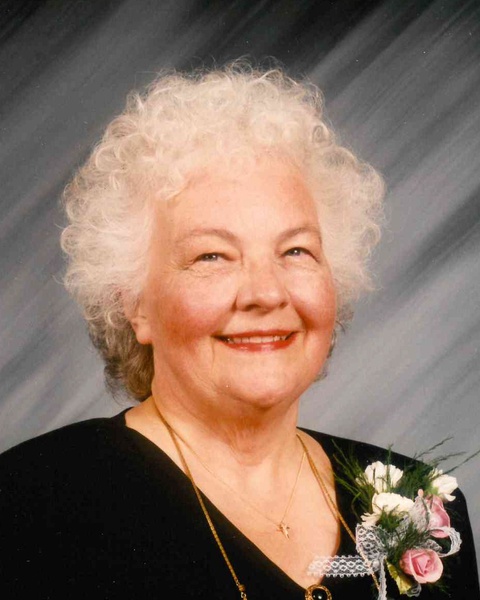 Williamsburg-Theodora Wallace was a devout Christian and loving mother who placed God and family as the two most important elements of her life.  She believed that faith, family, and a good education where the cornerstones of one’s life and she made personal sacrifices to ensure her children were raised with these cornerstones.  Theodora was born on November 20, 1935 in Columbus, Indiana, the youngest of twelve children of TJ Koch and Bertha Scheidt Koch.  Theodora had a gifted Alto voice and enjoyed singing Christian hymns especially those written by her father, TJ.  Theodora also had a passion for gardening and was an avid Iowa basketball fan, both men’s and women’s.  But her family was her greatest passion.  She married Dale Wallace on December 28, 1957 and was blessed with 5 children.  Dale and Theodora moved numerous times but finally settled in Williamsburg, Iowa which she called home for over 40 years.  Theodora’s faith in the Lord Jesus Christ served as her foundation and never wavered.  She passed peacefully into eternal life on August 17, 2022 at the age of 86.

Theodora’s family will be forever grateful for the compassionate and loving care she received while she was a resident at Highland Ridge.

A Celebration of Life Service will be 2:00 pm on Saturday, August 20, 2022 at the St. Paul Lutheran Church in Williamsburg.  Burial will be at St. Paul’s Lutheran Cemetery.  Visitation will be Friday from5:00 to 8:00 pm at the Powell Funeral Home in Williamsburg.  Messages and tributes may be directed to www.powellfuneralhomes.com.

To order memorial trees or send flowers to the family in memory of Theodora "Teddy" Wallace, please visit our flower store.