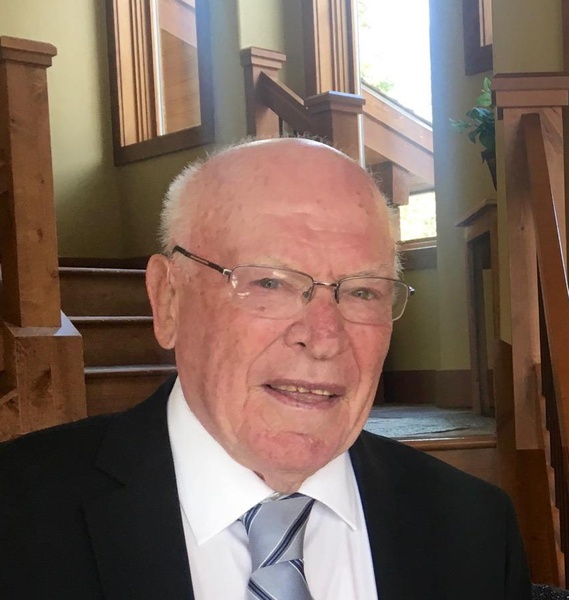 Williamsburg-Thomas "Tom" Neil Slaymaker was born October 9, 1938, near Marengo, Iowa. The son of Arnold and Lucille (Thomas) Slaymaker. He graduated from Williamsburg High School and attended Lino Type College in Charles City. Tom was united in marriage to Maralyn Stahl on August 23, 1958 at the St. Paul's United Methodist Church in Williamsburg. Early in their marriage they owned and operated the newspaper in Oskaloosa, they later moved to Maralyn's family farm west of Williamsburg. Tom continued to work for newspapers including the Iowa City Press Citizen and the Journal Tribune, until 1965 when he retired from the papers and began farming the family farm. He enjoyed watching Indy and NASCAR races, Iowa Hawkeye football and especially he enjoyed watching his grandchildren in their sporting events. He was a prolific reader and trivia champion. Tom passed away on Tuesday, December 21, 2021 at his home surrounded by his family at the age of 83.

Celebration of Life Service will be 10:30 am on Thursday, December 23, 2021 at the St. Paul's United Methodist Church in Williamsburg. Burial is at Pilot Grove Cemetery Williamsburg. Visitation will be Wednesday from 4:00 to 7:00 pm at the Powell Funeral Home in Williamsburg. A memorial fund has been established for Camp Courageous or the Iowa County Food Bank. Messages and tributes may be directed to www.powellfuneralhomes.com.

To order memorial trees or send flowers to the family in memory of Thomas Neil Slaymaker, please visit our flower store.