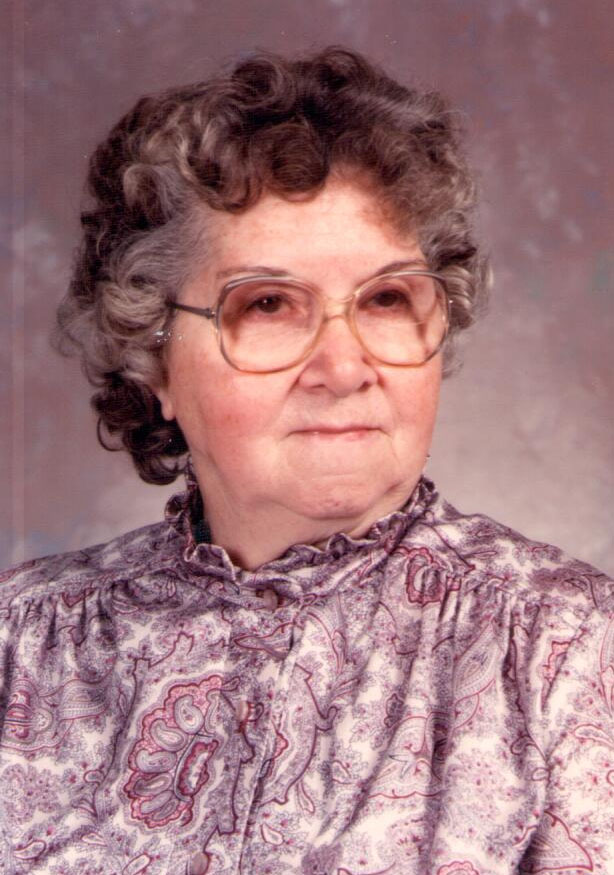 WELLMAN - Velda Isabel Schauf was born September 1, 1921, in rural North English, Iowa, the daughter of William and Bessie (Simmons) Moffit. On May 11, 1941, Velda was united in marriage to Wilbur Schauf at the Methodist Church parsonage in Sigourney. She has lived in the Wellman community since 1941. She operated Home Grocery in Daytonville for 11 years, and was a cook at Parkview Manor for 9 years. Velda was a member of the First Baptist Church. She enjoyed ceramics, gardening, cooking and spending time with her family. Velda passed away on Friday, November 30, 2018, at her home in Wellman at the age of 97 years.
Velda is survived by 4 children: Myrna (Ray) Bozarth of West Liberty, Dennis Schauf of Wellman, Mary (Jerry) VanDyke of Louisville, KY, Sandra (Rodney) Paul of Wellman, 12 grandchildren, 21 great grandchildren and 2 on the way, and 2 great great grandchildren. She was preceded in death by her parents, her husband, 2 daughters: Lori Schauf, Shirley Debler, 4 sons: Larry, William, Gary "Ed", infant Kenneth, 3 brothers: Wayne, Dean and Harold Moffit, and 7 sisters: Ida Herrick, Arlene Swenson, Ruth Claypool, Ruby Mayes, Mildred Walters, Emmagene Meyers, and Donna Perrin.


Funeral Service will be held at 2:00 PM Tuesday, December 4, 2018, at the First Baptist Church in Wellman. Pastor Mark Larson will officiate. Burial will be in the Wellman Cemetery. The family will greet friends following the service. A memorial fund has been established for Washington County Hospice. The Powell Funeral Home in Wellman is caring for Velda and her family.

To order memorial trees or send flowers to the family in memory of Velda Isabel Schauf, please visit our flower store.