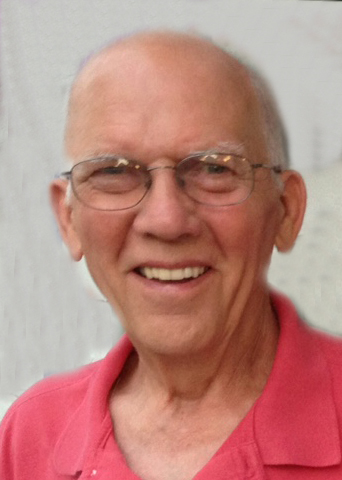 JOETOWN / KALONA - Wallace "Wally" Brenneman was born July 22, 1934 in Joetown, Iowa, the son of Henry and Minnie (Knepp) Brenneman. He graduated from Iowa Mennonite School in 1953 where he enjoyed music and athletics. From 1953-1955 Wally served with Mennonite Voluntary Service in Aibonito, Puerto Rico as a conscientious objector under the 1 W program.
Following an engagement in Puerto Rico, Wally and Marlene Shettler were married in 1956 at the Wellman Mennonite Church, their church community for many years where Wally served as church chorister. They made their home in Joetown where they purchased the Joetown Garage from Wally's parents who founded the business in 1924. Wally's inspiration for all things mechanical and especially air cooled engines took him from repairing two cylinder tractors to hyper computerized cars from 1956 to 2018 when he retired and sold the garage to third generation family, his nephew Scott Swartzendruber.
Following Marlene's death in 1995, the two years of life before meeting Millie Dickinson were filled with grief. The invitation to new love and new life were inspiring and in June of 1997 Wally and Millie Salterberg Dickinson were married in Millie's home community in Newton, Iowa. Millie and Wally created their new life in Joetown until moving to Kalona in 2016. New life and love brought new experiences of travel, adventures, and friendships blending two families and long lives well lived. Wally and Millie were part of the congregation of First Mennonite Church in Iowa City, where he shared in song leading and they shared community life, particularly with the Icthus class.
Through the decades Wally sang in many small ensembles, quartets and choirs. He served on the Farmers Electric Cooperative board for 26 years and the Pleasantview Home board for a term. Wally was diagnosed with Parkinson's in recent years, facing challenges to mobility and overall health. Following a difficult spring with Millie's death in March and his own acute illness, Wally died at peace with family by his side in the early morning of Thursday, May 30, 2019 at the Pleasantview Home in Kalona.
Wally is survived by sons: Erick (Pam) Brenneman of Joetown, Thomas Brenneman (Hannah Johnson) of Harrisonburg, Virginia; step daughter Ann (Craig) Nida of Ankeny; nine grandsons and two great grandsons; sisters Ada Fisher and Lois Gugel of Kalona and a brother Jim (Eunice) Brenneman of Denver, Colorado. Wally was preceded in death by his parents, Marlene and Millie, sisters: Blanche Brenneman, Irene Brenneman, Virginia Ann Ryan, and infant Mabel Brenneman; and brothers David Brenneman and Dan Brenneman.
Funeral Service will be held at 11:00 AM, Tuesday, June 4, 2019, at the First Mennonite Church in Iowa City. Burial will be at a later date in the Pleasant Hill Cemetery in Joetown. Visitation will be held from 3:00 - 7:00 PM, Monday, June 3, 2019 at the Yoder-Powell Funeral Home in Kalona. A memorial fund has been established for Iowa Mennonite School and the Pleasant Hill Cemetery.

To order memorial trees or send flowers to the family in memory of Wallace "Wally" Brenneman, please visit our flower store.