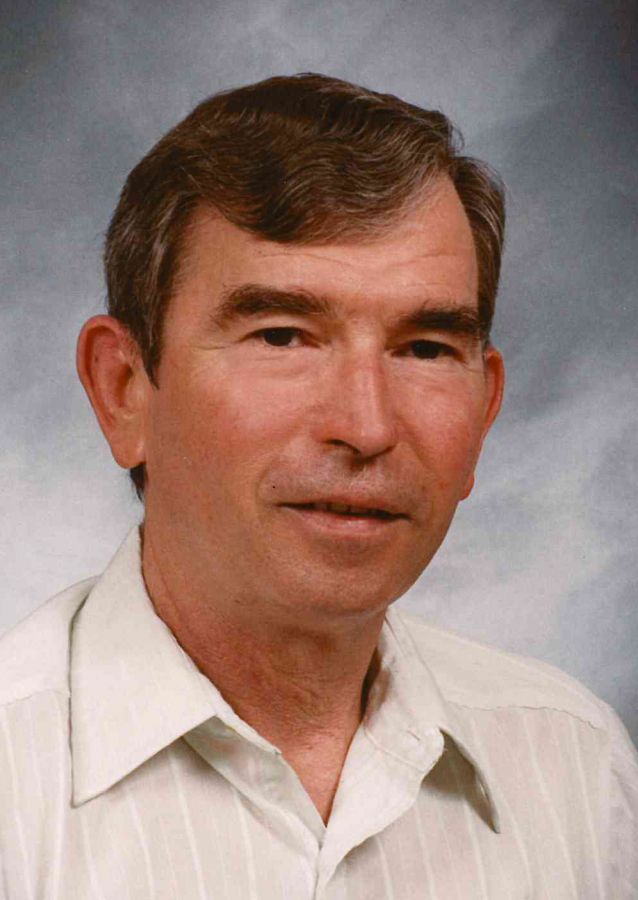 Williamsburg- Dr. Warren Llewellyn Jones, formerly of Macomb, Illinois, was born June 15, 1946 in Williamsburg, the son of Merwyn Gittins and Emma Lou (Bullers) Jones. He was a Boy Scout in the Williamsburg Troop 225. He attended the Boy Scout Jamboree "For God and Country" in 1960 at Colorado Springs, Colorado, the Golden Jubilee 50th year of Scouting. In 1964 he graduated from Williamsburg High School. At the University of Iowa Warren received his BBA and then later his PH.D. in Economics after his service to his country. He was an Intelligence Specialist in the United States Army from 1968-1970. As a teacher Warren taught courses at the University of Iowa (as a graduate student), University of South Dakota-Vermillion, University of Alaska-Fairbanks and lastly Western Illinois University-Macomb for 30 years (from 1983-2013). From 1990-2010 Warren served as the Chairman of the Economics Department at Western Illinois before he retired in 2013. Warren made a number of trips to Washington D.C. to promote the graduate program at Western Illinois University. He traveled in most all states of the United States and lived in Alaska, Illinois, Iowa, Kansas (Ft. Riley), Louisiana (Ft. Polk), Minnesota and South Dakota. Warren resided in Macomb, Illinois from 1983-2018 when he moved to Fort Madison, Iowa. Internationally he traveled to Germany, Bolivia, England, France, Turkey, the Netherlands, Denmark, Norway and almost all the Provinces of Canada. Some of Warren's interests and hobbies were bird watching (he saw at least 430 species of birds in North America and belonged to the Iowa Bird Group), visiting National Parks and Monuments (he was able to visit 22 National Parks and 5 National Monuments). As a Mason he was a member of the Williamsburg Stellapolis Lodge #391. His life companions were the cats he loved and took care of. Warren especially loved to spend time with his family and friends. Dr. Warren Jones passed away on Tuesday, August 17, 2021 at The Madison in Fort Madison, surrounded by his family, at the age of 75.

He is survived by his 4 nieces, Deborah Lou Visser-Maxey (Philip) of Fort Madison, Tamara Belle Visser-Kuchenberg (Randall) of Evansdale, Amy Beth Visser-Harkey (Bruce Strohmeyer) of Dubuque and Laura Helen Visser of Marshalltown; 4 great nieces and a great nephew, Jessica (Brandon) Bunch of Sioux City, Arron (Katie Cole) Schmitt of Dubuque, Rebecca (Adam) Newton of Fort Madison, Meagan Visser of Waterloo and Pamela (Ruben) Troupe of Washburn and 8 great great nieces and nephews.
He was preceded in death by his parents and his sister Marla Lou Jones-Visser.

Celebration of Life Service will be 10:30 am on Saturday, August 21, 2021 at the St. Paul United Methodist Church in Williamsburg. Burial will be at the Oak Hill Cemetery in Williamsburg. Visitation will be from 9:00 am until service time at the church on Saturday. A memorial fund has been established in honor of Warren's mother Emma Lou for the St. Paul United Methodist Church Sunday School Classrooms. Messages and tributes may be directed to www.powellfuneralhomes.com.

To order memorial trees or send flowers to the family in memory of Warren L Jones, please visit our flower store.