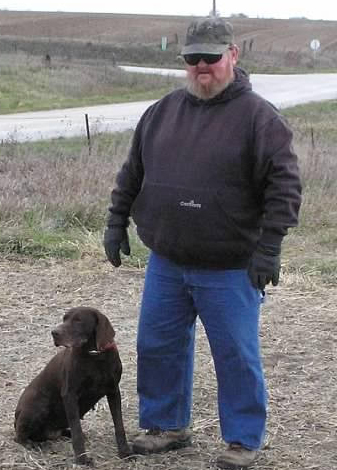 Bill was born October 19, 1950 in Sigourney, Iowa the son of John and Kathryn (McCreery) Klett. He grew up in Sigourney and graduated from Sigourney High School in 1968. Bill was united in marriage to Mary Elizabeth Pfannebecker on July 30, 1983. He was a forklift operator at Clow from September 1987 until retiring in September 2017. Bill enjoyed golfing, pheasant hunting and spending time with his grandchildren and friends.

He is survived by his wife Mary Klett; son Jake (Rebecca) Klett; three grandchildren Troy, Cole & Lorelai Klett, all of Sigourney; three brothers Mike (Cheryl) Wessels of Granger, Robert (Linda) Klett and Donald (Melissa) Klett; and a sister Lura Ann (Mike) Renner all of Sigourney. He was preceded in death by his parents John & Kathryn Klett.

A Celebration of Life will be held from noon until 4:00 p.m. on Sunday, January 9, 2022 at Jake & Rebecca's home, 23595 280th Ave, Sigourney. A private family burial will be held at a later date. Powell Funeral Home in Sigourney is caring for Bill and his family. Messages and tributes may be left at www.powellfuneralhomes.com.

To order memorial trees or send flowers to the family in memory of William "Bill" Harry Klett, please visit our flower store.