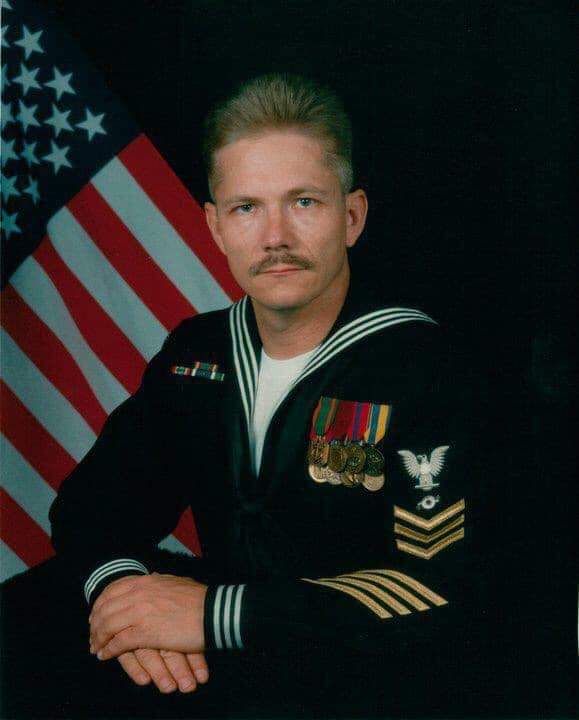 Millersburg- William Fredrick Ludwig was born February 4, 1957 in Dubuque, Iowa the son of Orville & Margurite (Stoffel) Ludwig. He attended Sacred Heart and Dubuque Hempstead High School. He served in the US Navy from 1976- 1996 where he taught engineering system repair to steam plants on the Navy ships. In 1999 he started working at the Veteran Affairs Medical Center in Iowa City as a Boiler Plant Operator. Bill was a member of St. Joseph Catholic Church in North English, the American Legion and life time member of the Quarter Horse Association and Disabled Vets. He enjoyed his horses and dogs, singing and playing guitar. Bill died on Thursday, March 14, 2019 at the VA Medical Center in Iowa City at the age of 62 years.

Funeral Mass will be held 10:00 am on Tuesday, March 19, 2019 at St. Joseph Catholic Church in North English. Fr. David Wilkening will officiate. Burial will be at 3:00 pm at Holy Family Cemetery near Dubuque. Visitation will be on Monday from 4-7 pm with a prayer service at 4 pm at the Powell Funeral Home in North English. A general memorial fund has been established. Messages and tributes may be left at www.powellfuneralhomes.com

To order memorial trees or send flowers to the family in memory of William Fredrick Ludwig, please visit our flower store.