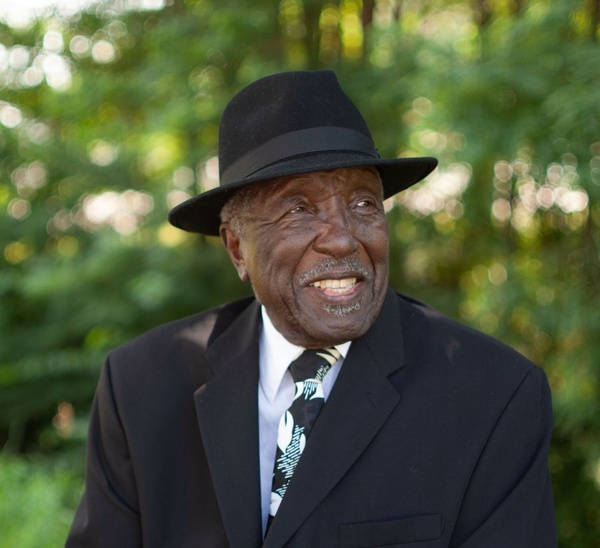 William Roy Demus Jr. of Kalona Iowa passed April 7, 2021, just 9 days shy of his 98th birthday. He was born in Mexia, Texas on April 16, 1923 to William Roy Demus, Sr and Alvie (Moss)Demus, the third child and first son of 21 children. Son as he was
called by his family, had a major role in helping shape the character of his younger siblings. He was often left in charge of the younger siblings when the parents had to leave the farm. His parents, especially his mom imbued him with a strong desire to please them and keep the others doing the
right thing, while being true to his upbringing and faith. He learned to carry
the load of a man at age 14, living with and working for a white family on a neighboring farm. He'd return home at week's end, giving his earnings to his mom and returning to work each Sunday evening. He was respected by his family and by members of the community as a strong, honest man.

Daddy left home after being drafted into the Army and ended up in California, working as an MP in Long Beach. He met the love of his life, Veronica (Burton) in a chance encounter on the Red Car when he offered her his seat. After he left the military they married and formed a union steeped in their faith toward God and love for each other. He worked for the Los Angeles Department of
Water and Power for 32+ years, before retiring and eventually moving to Kalona, to be near one of his daughters.

Daddy enjoyed spending time with family. He was accomplished in upholstery and often helped Veronica, hemming fine wedding dresses and other garments she made. He was a worshipper and sang praises to the LORD throughout the day. Daddy was quick witted and loved to tease. He was man of integrity and was driven to share his wisdom and life lessons with anyone who would listen. He would encourage young people to trust who GOD had made them and not compare themselves
with others; "YOU BE YOU"!

Daddy leaves behind five siblings, four daughters, twelve grandchildren, eleven great grandchildren, and numerous cousins, nieces and nephews. So for all family and friends who loved him, just remember, "The best is yet to come".

To order memorial trees or send flowers to the family in memory of William Roy Demus, please visit our flower store.