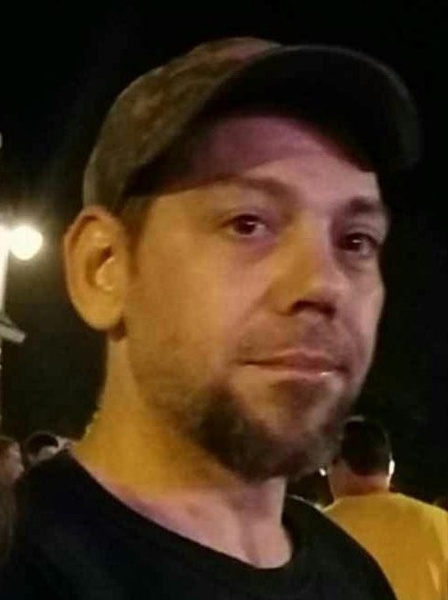 W. Russell "Rusty" Kuddes
William Russell Kuddes was born May 06, 1974 at University Hospitals and Clinics Iowa City Iowa.
He was adopted by Mr. and Mrs. Norman J Kuddes Jr. of Williamsburg Iowa in 1974 and was baptized at St Paul's Lutheran Church in Williamsburg. He attended Luther Interparish School grades K thru 8. He then attended Williamsburg High School and graduated with the class of 1994. After graduation he worked at several different jobs before moving to Austin Texas in the summer of 1998. While living in Austin he served a 4 year Electricians Apprenticeship with the local IBEW. After receiving his Journeyman's Card, he continued to take calls with the IBEW in the Austin, Dallas and Beaumont Texas areas. In 2012 Rusty returned to Iowa and purchased a house and began living in Delta Iowa. He currently worked for Merit Electric in Iowa City Iowa. Rusty passed away suddenly Friday evening April 02, 2021 at the age of 46 years old.
Rusty is survived by his daughter Ashlea Matthes of Marengo; his mother, Beverly Kuddes of Williamsburg; his brother and sister in law, Joe (Connie) Kuddes of Williamsburg and two aunts and uncles, Jan (Dick) Hendrickson, Mary (Harvey) Horn, and several cousins.
Rusty was preceded in death by his grandparents, his father Norman J Kuddes Jr. in October 2018. His uncles Frank Kuddes and Harold Kuddes. His Aunt Joyce Bontrager.

Celebration of Life Gathering will be Saturday, May 8th, 2021 at the Parnell Hall, in Parnell, Iowa, from 3:00 to 6:00 pm. A general memorial has been established. Memorial may be sent to Powell Funeral Home, PO Box 269, Williamsburg, Iowa 52361. Messages and tributes may be left at www.powellfuneralhomes.com.

To order memorial trees or send flowers to the family in memory of William Russell "Rusty" Kuddes, please visit our flower store.