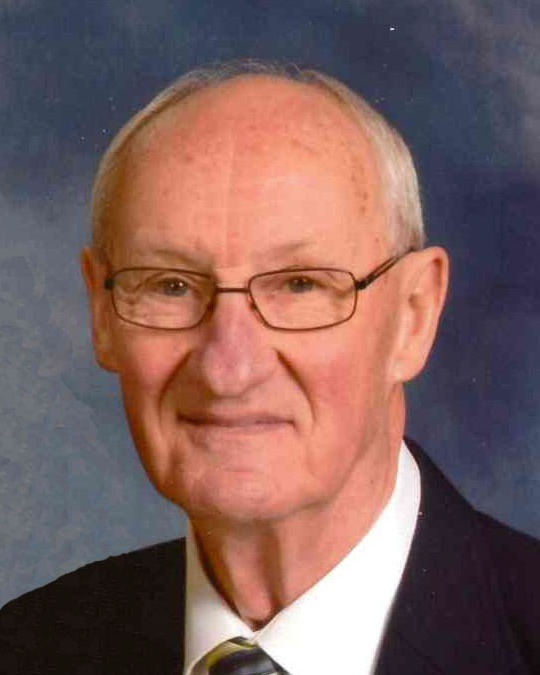 MOUNT PLEASANT- Richard Stephen Lindell, age 80, of Mount Pleasant, passed away Sunday, October 23, 2022, at the Southeast Iowa Regional Hospice House in West Burlington, from complications of dementia and a fall. His body has been cremated. A Memorial Service will be held at 2:00 p.m. Tuesday, December 27, 2022 at the Calvary Baptist Church in Mount Pleasant.  Visitation will be held from 1:00 p.m. until time of service. Memorial contributions may be made to the Baptist Children’s Home, Samaritan’s Purse and Southeast Iowa Regional Hospice. Olson-Powell Memorial Chapel is caring for Richard and his family.

Also known as Steve, he was born September 19, 1942, the son of Virgil Stephenson Lindell and Margaret Zerber Lindell.

As a graduate of Old’s High School, the class of 1960, he participated in basketball, baseball, and choir. During his youth, he was a member of 4-H and the Luther League.

Steve married Shirley Troyer Lindell on September 19, 1964. They were happily married for 58 years. To this union was born Kriss Patrick Lindell and Kory Scott Lindell.

He was a past fireman for the Winfield Fire Department, City Council, Chamber of Commerce, an EMTA for Honts Ambulance Service, and a little league coach.

Steve was a member of New Covenant Bible Church in Cedar Rapids and Calvary Baptist Church in Mount Pleasant. He enjoyed singing the gospel hymns and you could find him patting his hands to the beat of the music and humming to the songs shortly before his death. He loved the Lord with all his heart.

Preceding him in death are his parents, parents-in-law Willis and Susan Troyer; sister-in-law and brother-in-law Delores and Howard Rupp of Archbold, OH, their son Dexter Rupp and daughter-in-law, Marlene Rupp.

To order memorial trees or send flowers to the family in memory of Richard "Steve" Lindell, please visit our flower store.