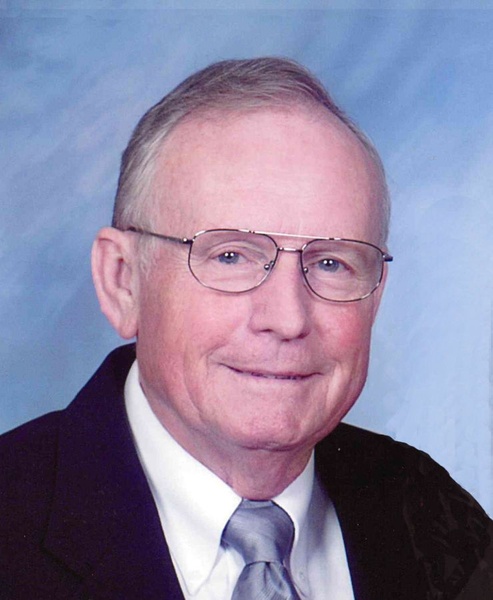 Born on May 24, 1935 in Bloomfield, Iowa, Larry was the son of Fallace and Ida (Benge) Christy. He is a graduate of Bloomfield High School. He grew up in Bloomfield and lived in Ottumwa most of his life until moving to Mt. Pleasant in 2004. He served in the Iowa Army National Guard for 28 years. He also worked for a number of companies as their Human Resources manager. Larry enjoyed baking, woodworking, gardening, spending time with his church family and especially his family. Larry was united in marriage to Della McGhghy on September 18, 1955. From this union they were blessed with two children. Della passed away in 1999. Larry was later united in marriage to Audrey Cowles on January 25, 2000. He was a member of Calvary Baptist Church and the Ironmen Bible Group.


Celebration of Life Service will be 10:00 am on Friday, April 2, 2021 at the Calvary Baptist Church in Mt. Pleasant. Burial will be at the Bloomfield IOOF Cemetery on Friday at 1:00 pm. Visitation will be Thursday from 4:00 to 6:00 pm at the church. A memorial fund has been established for Calvary Baptist Church or Old Threshers. Olson-Powell Memorial Chapel is caring for arrangements. Messages and tributes may be directed to www.powellfuneralhomes.com.

To order memorial trees or send flowers to the family in memory of Larry Leon Christy, please visit our flower store.