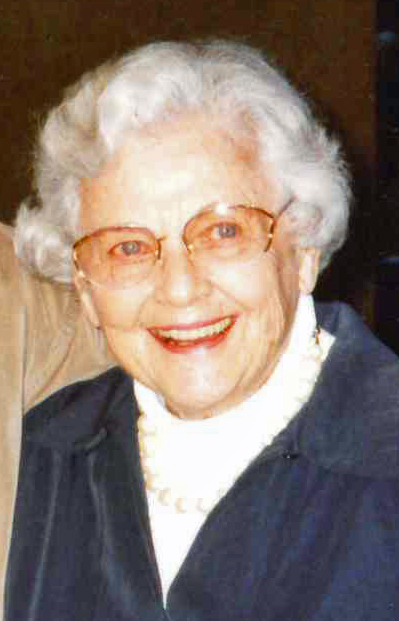 Born, May 8, 1918, in Noble, IA, Nona was the daughter of Omer L. and Mary (Widmer) Seberg. She grew up on a farm west of Swedesburg and was a 1936 graduate of Olds High School. She received her bachelor's degree in 1940 from the University of Iowa where she was the commencement speaker for her class along with Nile Kinnick. She was also honored her senior year to be named Honorary Cadet Colonel of the ROTC. After college, she taught school for a few years before heading to Maryland where she worked at Bethesda Naval Hospital organizing talent shows, holiday parties and helping with letter writing for recovering sailors during World War II. Upon returning to Iowa City after the war, she met the love of her life and after a three-month courtship she married Jack Roe, a grad student in the College of Dentistry at the University of Iowa. In January of this year, they celebrated 75 years of marriage. During their many years together, they lived a few years in Nevada, and many years in California where she worked as his office manager. They loved traveling and took trips to Japan, China, and Russia plus six times to Europe. Upon retirement, they lived for two years in Germany, then returned to California for a few years before coming back and settling in Iowa to be closer to family.

Nona is survived by her husband, Jack, one niece, Norma Rodgers of Mt. Pleasant, IA; and two nephews, Chuck Seberg of Iowa City, IA, and Chris (Karen Seberg) of St. Paul, MN; and many great and great-great nieces and nephews. Preceding her death were her parents; a sister, Wilma Eubank; a brother, Vernon Seberg; two nieces, Mary Boal and Alice Hawbaker; and one nephew, Doug Seberg.

A memorial service will be held at a later date with burial in Anita, IA. Memorials may be directed to the Finley Cemetery Association. Olson-Powell Memorial Chapel is caring for Nona and her family.

To order memorial trees or send flowers to the family in memory of Nona Roe, please visit our flower store.