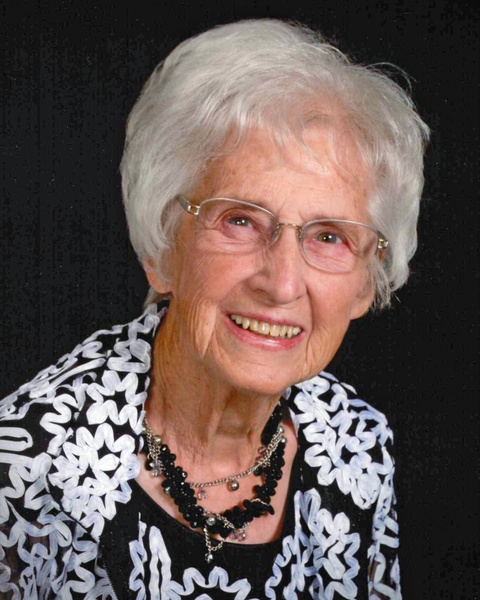 Gwendolyn was born June 17, 1924, in Coppock, Iowa, the daughter of Ronald and Elizabeth (Carpenter) Dold. She graduated from Winfield High School in 1942.  On November 23, 1944, she was united in marriage to Vern A. Peterson at the Mount Union Methodist Church. Gwendolyn worked at the Mental Health Institute and the Mount Pleasant Bank and Trust as a teller. She was a member of the First United Methodist Church, T.T.T., Canasta Club, Harlan Questers and the Cotillion Club. She enjoyed camping, bowling, golfing and wintering in the south.

To order memorial trees or send flowers to the family in memory of Gwendolyn L. Peterson, please visit our flower store.