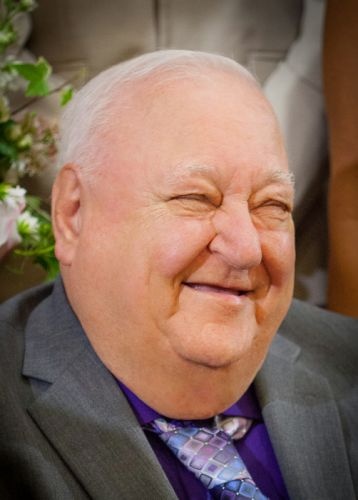 John W. Baker, 82, of Mt. Pleasant, IA, reached his final resting place, surrounded by family, on Tuesday, December 31, 2019, at Henry County Health Center. Those who are left behind rejoice in his homecoming.

Visitation will begin after 12 noon on Monday, January 6, 2020, at Olson~Powell Memorial Chapel, where the family will greet friends from 5:00 until 7:00 p.m. that evening. A memorial service will be held at 2:00 p.m., on Tuesday, January 7, 2020, at Faith Christian Outreach Church with Pastor Monte Knudsen officiating. Burial in Oakland Mills Cemetery will be held at a later date. In lieu of flowers John requested his memory be honored with donations to Cradle of Hope. Not only has the family served in this ministry, it has also been a resource of hope for his family. On-line condolences may be directed to www.olsonpowell.com.

Born January 23, 1937, in Mt. Pleasant, IA, John William was the son of William John and Ethel Addie (Taylor) Baker. He was a 1955 graduate of Mt. Pleasant High School and a graduate of Iowa Wesleyan College. On November 26, 1966, John married Connie Coleman in Mt. Pleasant.

After serving his country during the Bay of Pigs, John went into the restaurant business with his father and managed The Hi Hat Restaurant and went on to own The Iron Kettle. John sold the business to his best friend, Jerry Bradley. He then began a career working for the State of Iowa, retiring in 1999, after working in the area of mental health and chemical dependency for more than twenty years.

John was a member of the Mt. Pleasant Bowling Association for over fifty years, where he held offices for the Tuesday and Wednesday leagues. An avid sports fan he felt honored to have lived to see the Chicago Cubs win the World Series. He was also a very intense armchair coach for the Iowa Hawkeyes, both football and basketball. He was a member of the Eagles Club and had during his life had been a member of First United Methodist Church and First Presbyterian Church. Most recently, he was attending Faith Christian Outreach Church. John enjoyed wood working, home improvement projects, traveling, and most importantly his grandchildren.

John was preceded in death by his parents; a brother, James (Marion) Baker; a sister, Janice (Richard) Hummell; and two brothers-in-law, Philip Hoaglin and Bob Walters.

To order memorial trees or send flowers to the family in memory of John Baker, please visit our flower store.