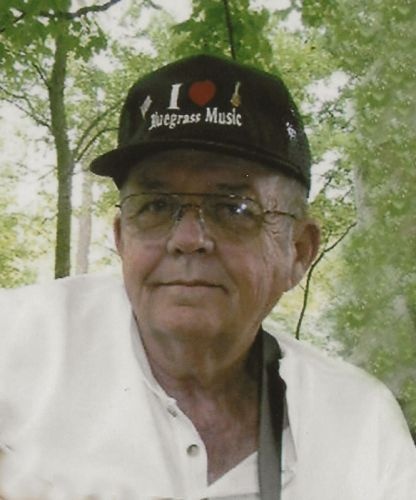 According to his wishes Merlin has been cremated. A gathering of family and friends is being planned for a later date. Inurnment, in an urn made by his son, Bob, will be in Pleasant Hill Cemetery. Gifts of love and friendship may be given to Salvation Army or H2O (Help to Others) and dropped off or mailed to Olson~Powell Memorial Chapel, P.O. Box 656, Mt. Pleasant, IA, 52641. On-line condolences may be directed to www.olsonpowell.com.

Merlin was one of three baby boys born on Thanksgiving, November 30, 1933, to Raymond and Florence (Mason) Donnolly. One of the triplets, Melvin, passed away shortly after birth, so Merlin and Marlin were always known as twins. They enjoyed singing together from an early age until they were into their eighties. The twins attended school in Mt. Union and were 1951 graduates of Mt. Union High School.

Serving in the United States Army, Merlin spent 18 months in Southern France from 1953 until 1955 during the Korean Conflict. On August 4, 1956, Merlin married Marilee J. Campbell in Burlington, IA. He worked for McAllister Seed Farms, McLearan Appliance and retired from the Post Office after 30+ years working as a sub, city carrier, and rural carrier, retiring in 1988. Following retirement from the postal service, he delivered flowers for Buds Flower Shop and drove cars for various car dealers.

Since retiring, Merlin enjoyed coffee time at various restaurants and visiting with some great friends. He enjoyed the many friends he made while bowling. Merlin was in their Hall of Fame, bowled in many local, state, and national tournaments. He was proud of his 300 trophy and ring, his 299 ring and trophy was presented after 59 years of bowling. Merlin drove his wifes teams to many national tournaments. He liked traveling to Silver Dollar City.

Merlin attended the various activities of his four children and many grandchildren. For many years he was an active member at First Baptist Church, a member of NARF, and had a real passion for Bluegrass music. He played his Martin guitar and sang with various groups, jams, and many festivals. In later years, he appreciated rides with Max and Margaret Walker to jams. Merlin spent many hours playing fast pitch softball and was a registered umpire for ten years.

To order memorial trees or send flowers to the family in memory of Merlin D. Donnolly, please visit our flower store.