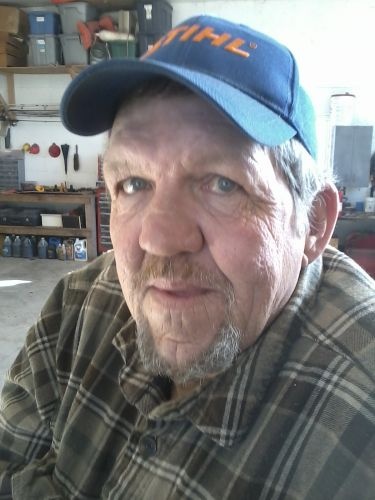 Scott was born July 3, 1951, in Mount Pleasant, Iowa, the son of Frank and Helen (Brandmeyer) McKenzie. He attended Mount Pleasant High School. Scott was united in marriage to Sheila Hanna on December 15, 1972, in Biggsville, Illinois. Mount Pleasant had been Scott's home all of his life. Scott was a truck driver for Cornell Construction, Kinney and Sons, AgriCenter and McKenzie Trucking. Scott enjoyed mushroom hunting and trapping. He enjoyed a good fish fry and trips to the Casino. He was an avid outdoorsman, fisherman, and hunter. Before Scott died, he was looking forward to his 47th deer hunting season.

Scott was preceded in death by his parents and sister Rose Brooks.

Funeral service will be held 10:00 am, Monday, November 29, 2021, at the Olson-Powell Memorial Chapel. Interment will follow in the Long Creek Cemetery in Danville. The service will be livestreamed at Powell Funeral Homes Facebook page and at our website. Visitation will be 2:00-5:00 pm, Sunday, November 28, 2021, the family will be present to receive friends during that time. A memorial fund has been established for the American Lung Association and Southeast Iowa Regional Hospice.

To order memorial trees or send flowers to the family in memory of Scott McKenzie, please visit our flower store.