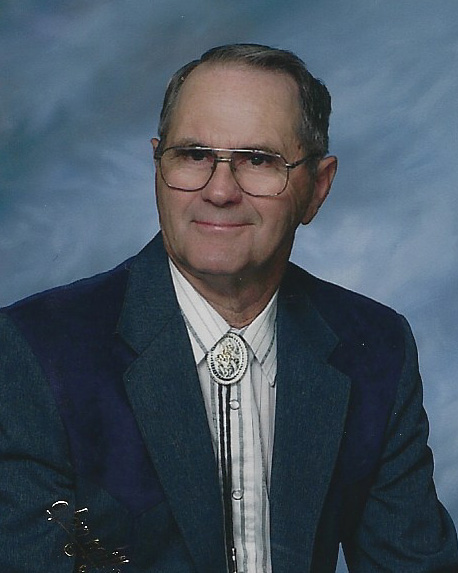 Cedar Rapids-Sylvan Lee Zuber of Cedar Rapids and formerly of Marengo passed away on Tuesday, August 27, 2019 at Colonial Manor in Amana at the age of 82 years He was born March 2, 1937 near Conroy, Iowa the son of Ezra and Mary "Mae" (Vercanda) Zuber. He graduate from Conroy High School. Sylvan was united in marriage to Elaine Behounek in Chelsea, Iowa. To this union they were blessed with five children. They later divorced. He later married Bonnie Seely, they divorce a number of years later. Sylvan was the owner and CEO of S.L. Zuber Construction Inc. building, remodeling homes and commercial properties. He had resided in Conroy, Marengo and Cedar Rapids. He enjoyed spending time with his grandchildren, being outside, hunting, cattle drives, dancing, golfing, watching the Iowa Hawkeyes and westerns.

The family would like to thank the Essence of Life Hospice and Colonial Manor of Amana for their wonderful care and support.

This man was nothing short of wonderful. He brightened up my Grandma’s life tremendously in just one short year. (Marilyn Murphy) He treated me like another one of his grandchildren and for that I am thankful. I will never forget the stories of those two going dancing in the last year of Sylvan’s life and sometimes even falling together! The laughed about that often. It was an honor to know Sylvan and have him around at our family gatherings. My condolences to those who knew him better, as the small portion I saw of him will leave a great loss.

I'm so sorry for your loss. I remember Uncle Sylvan as a quiet man with a great laugh. We had a great conversation about his time being a real "cowboy" and his amazing wood art. Those we love dont go away,they walk beside us every day, unseen, unheard, but always near, still loved still missed, and very dear.

The attached photos are added to the memorial of Sylvan Lee Zuber to help share their legacy.

Thank you for sharing your memory of Sylvan