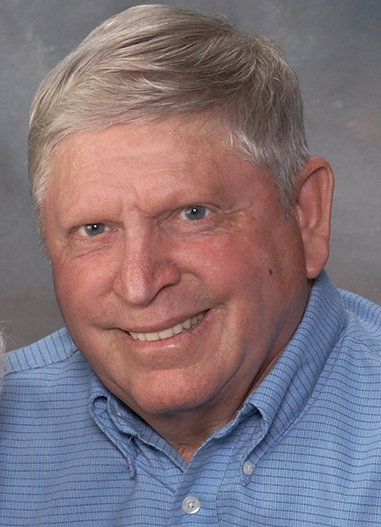 Kalona - Raymond LaVerne Reschly, age 87 of Kalona, died Tuesday, November 5, 2019 at the Iowa City Rehabilitation & Health Care Center in Iowa City.
Raymond was born August 10, 1932 near Crawfordsville, Iowa, the son of Harry and Fannie (Conrad) Reschly. He received his education at the Crawfordsville School, graduating in 1950. He completed 1W service in Chicago from 1951-52. After 1W service, he went to work with his Uncle Irving learning masonry/carpentry, the trade that became his career. On June 21, 1957, he married Wava Ann Troyer at Lower Deer Creek Mennonite Church in Kalona.

Raymond built several houses and laid brick on many jobs. The monuments to his skill can be seen all over Kalona, Iowa City and Coralville. He was a member of the Optimist Club starting in 1971 and served as the club president from 1985-86. He coached the Kalona Blue Little League Team from 1974 to 1984. He was one of the original members of the Kalona First Responders. An avid sports fan, you could always be certain to see him watching a baseball, football or basketball game on the TV when you came to visit. Ray loved the outdoors and took up hunting as a way to put food on the table. It quickly became a passion that took him as far away as Colorado and Alaska to get his prized elk and big horned sheep.
A member of the Lower Deer Creek Mennonite Church, Ray's Christian beliefs were part of every day life. He was always willing to lend a hand to those in need, including rebuilding homes, laying brick, and any other odd jobs that needed done.

The family would like to thank the doctors, nurses, and staff at University of Iowa Cancer Center, Iowa City Hospice, and Iowa City Rehabilitation & Health Care Center for their dedication and kindness to Ray over the last year. The family would also like to thank the members of Lower Deer Creek Mennonite Church and the many friends and family that have supported Ray and his family during his illness.

9 people have supported the family by purchasing them flowers or gifts from the Healing Registry.

Wava and family, You have my deepest sympathies. Wava, I just heard about this from Carol Barker. So sorry to hear of your loss. Take good care, Jerry Howe

Holding you all in Prayer. My sincere condolences to your loss. Brent and Megan, should you need a shoulder.. I have two for which I can share. I will be praying for you during this time. Sincerely, Michael Gerdes

Keeping all family and friends in thought and prayer. Although I never had the opportunity to meet him, knowing his son, Brent, I rest assured that he was a fine man. He instilled his work ethic, empathy and kindness.

The attached photos are added to the memorial of Raymond Reschly to help share their legacy.

Please help memorize Raymond Reschly by recording your attendance below.

Thank you for sharing your memory of Raymond