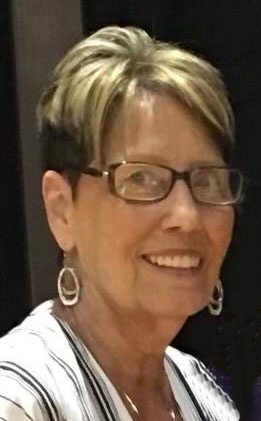 Donna was born October 28, 1946, in Burlington, Iowa, the daughter of Carl and Irene (Francsis) Burky. She graduated from Mount Pleasant High School in 1964. Donna earned a bachelor’s degree in education from the University of Northern Iowa, and Master of Social Work from the University of Iowa. On October 14, 1968, Donna married Ken Ehrhart, the couple had three children and later divorced in 1986. On December 29, 1990, Donna married Jim Matheney. She worked as a social worker for Annie Whitmire Home in Davenport, Mental Health Institute, Iowa Department of Human Services and Great River AEA, retiring in 1999. Donna was a member of the VFW Auxiliary and volunteered at Henry County Health Center. Family was very important to Donna and she treasured the time she spent attending her grandchildren’s activities. Donna loved spending time doing crafts, quilting and making angel dresses. She also enjoyed traveling, playing piano, trips to the casino and was an avid dancer. She loved watching the St Louis Cardinals and Tom Brady.

She was preceded in death by her parents, her husband Jim Matheney, and her beloved dog Freckles.

A memorial service will be held at 11:00 am Monday, March 7, 2022, at the Olson-Powell Memorial Chapel in Mount Pleasant. Pastor David Bracht-Wagner will officiate. Burial will be in the Forest Home Cemetery. Visitation will be held from 9:30 am until service time on Monday. The service will be livestreamed at Powell Funeral Homes Facebook page and at www.powellfuneralhomes.com. A memorial fund has been established for the Iowa Donor Network.

To order memorial trees or send flowers to the family in memory of Donna Matheney, please visit our flower store.