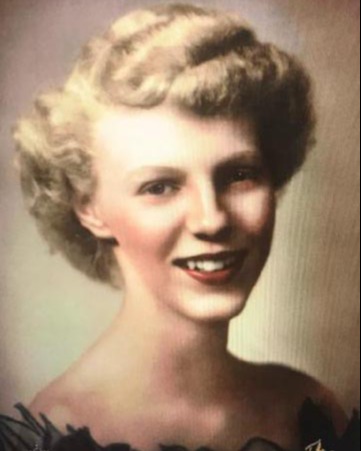 As a little girl, Dorothy and her family moved to Pella, Iowa. When she was 5, she donned her little Dutch shoes and danced around the Flagpole on May Day. Later she and her family moved to Newton, Iowa where she attended and graduated from Newton Public High School. After graduation she worked for Bell Telephone Company in Newton until she met and married John H. Upton, (deceased), April 15, 1956.

In the summer of 1956, she and John packed up the car and headed to California. They made a pit stop in Phoenix, AZ and decided Phoenix would be their home.

Dorothy was a stay-at-home mom until the spring of 1971, when she took a part time job for the Washington Elementary School District as a cafeteria lady. After 25 years she retired. From 1996 until October 2022 Dorothy enjoyed meeting up once a month for lunch with her co-workers.

During their 50 years of marriage Dorothy and John made numerous trips to Iowa, visiting family and friends. They were able to taka a couple of cruises, and they visited all 50 states. For a while they even had a trailer parked at Rocky Point, Mexico, spending much time relaxing near the beach.

In her 70’s, after her husband passed, Dorothy learned how to work the computer, doing all her banking online and even opening a Facebook account. She and her friends made a trip to Germany. Dorothy also got in the daily habit of meeting one group of friends for breakfast and another group for lunch.

Dorothy loved spending time with her grandchildren, Nathan and Vicky Schwarz, and Sara Upton. She adored her great grandsons, often commenting on how big they’re getting.

Dorothy lived a full life, was loved and will be missed greatly by all who knew her.

To order memorial trees or send flowers to the family in memory of Dorothy J. Upton, please visit our flower store.