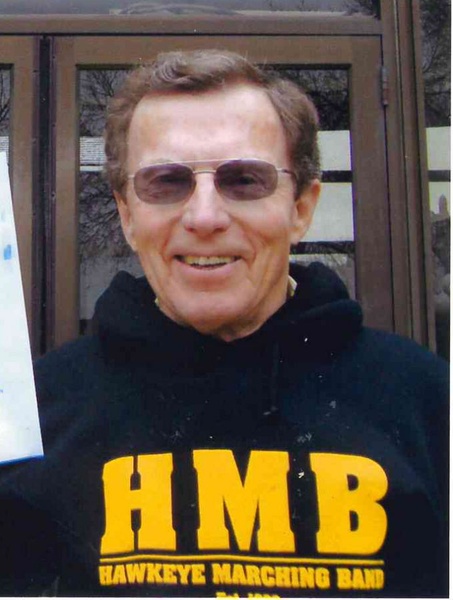 Dr. Franklin James Hardy was born November 25, 1929, in Omaha, Nebraska, the son of Frank and Dale (Stratton) Hardy. He was raised in Missouri Valley, Iowa, and graduated from Missouri Valley High School. He graduated from The University of Iowa College of Dentistry in 1956. Before attending college, Franklin served in the United States Army during the Korean War. He fought in the Battle of Chipyeong-ni in February of 1951, for which he earned the Combat Infantry Badge. Franklin was united in marriage to Dorothy Mae Bates on September 23, 1950 in Missouri Valley, Iowa. He was a dentist in Harlan, Iowa, from 1956-1996. After his retirement Franklin and Dorothy moved to Mukilteo, Washington, for a number of years until moving to the Mt. Pleasant, Iowa area in 2001. He was a former member of the United Methodist Church in Harlan where he sang in the choir. In his college days Franklin was the 1st chair trumpet player for the University of Iowa Marching Band and concert band, and later he played in the Harlan Community Band. He was an accomplished golfer and had 7 holes in one in his lifetime. Franklin was an avid Iowa Hawkeye fan and a loyal fan of the Detroit Tigers.

Preceding Franklin in death were his parents; his wife, Dorothy; a brother, Delbert (Zoe) Hardy and a sister, Eleanor (Dick) Spayde.

A Celebration of Life Gathering will be Saturday, April 17, 2021 from 12:00 to 3:00 pm at the Saunders Park Log Cabin Shelter in Mt. Pleasant. A memorial fund has been established for Every Step Hospice. Olson-Powell Memorial Chapel is caring for arrangements. Messages and tributes may be directed following the Tributes tab above.

To order memorial trees or send flowers to the family in memory of Dr. Franklin James Hardy, please visit our flower store.