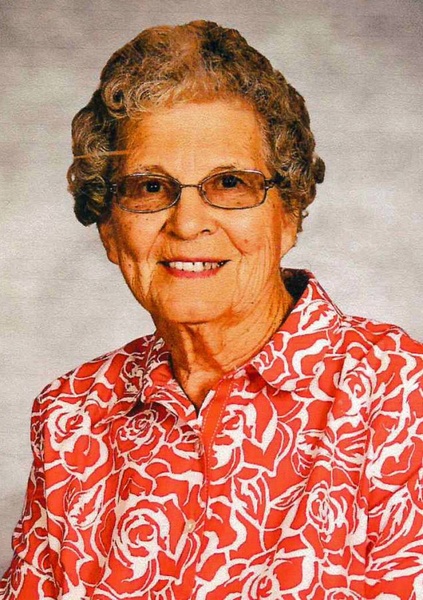 Faye was born December 13, 1934, in Eckley, Colorado, the daughter of Elmer and Edna (Abbott) Lamb. She graduated from Salem High School in 1952. Faye was married to Charles R. Brown on May 22, 1952. Then on June 29, 1963, she married Tonch C. Heartsill. Faye was a clerk in Morrows Grocery Store for about a year, before working for Sylvania in Burlington for eight years until the plant closed. In 1971 she began working for the U.S. Postal Service where she was a clerk. Faye was named Post Master in 1974 until retiring in 1997. She had volunteered at the Lewelling Quaker Museum since 1992 and served as president of the museum for 22 years. She was a member of the Henry County Historical Society.

She was preceded in death by her parents, her husbands, stepson Chris Heartsill, a brother, two sisters and a step granddaughter.

Funeral service will be held 1:30 pm, Friday, February 4, 2022, at the Olson-Powell Memorial Chapel. Burial will follow in the Salem South Cemetery. Visitation will be held 2:00 - 7:00 pm Thursday, February 3, 2022, at the Olson-Powell Memorial Chapel, where family will greet friends from 4:00 - 6:00 pm. A memorial fund has been established for the Lewelling Quaker Museum.

To order memorial trees or send flowers to the family in memory of Faye Heartsill, please visit our flower store.