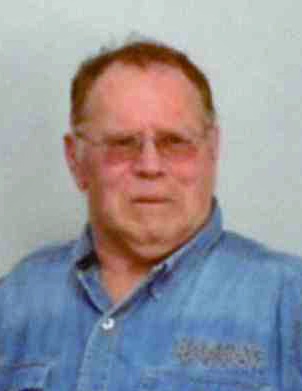 MOUNT PLEASANT- Gary Gene Brake, 61, died Monday August 31, 2020, at Arbor Court Nursing Home in Mount Pleasant, after complications of his illness Progressive Supranuclear Palsy.
Mr. Brake was born December 21, 1958, in Des Moines, Iowa, the son of Raymond M. and Norma L. (Dean) Brake.
Mr. Brake was a 1978 graduate of Mount Pleasant High School.
He was united into marriage on October 5, 1996, to Melissa Sue Neff in Mount Pleasant, Iowa.
During high school, Mr. Brake was employed by Dicks Super Value and then at the Mount Pleasant Utility Line Crew. He then worked as a lineman for Pikes Construction in Georgia. After returning to Mount Pleasant, he was again employed by the Mount Pleasant Utilities Line Crew and later joined the water crew, where he retired after 27 years.
Mr. Brake was passionate about rebuilding Ford trucks and Harley Davidson motorcycles. He also enjoyed traveling.
Survivors include his wife of 23 years, son Cameron Brake, an adopted daughter Ashley Neff and his youngest daughter Alyxzandra Neff Brake; 2 granddaughters Brooklynn and Brynlee; 3 brothers, Raymond D., Harley and Larry Brake; sister Regina Sanchez; half brother Dennis Brake; and several nieces and nephews.
Mr. Brake was preceded in death by his parents.
A visitation will be held Thursday, September 3, 2020 from 1:00 - 7:00 PM, at the Olson-Powell Memorial Chapel with family present from 5:00-7:00 PM. Masks are recommended. A celebration of life will be held at a later date.
Per Mr. Brake's wishes he will be cremated. A memorial fund has been established for EveryStep Hospice.

To order memorial trees or send flowers to the family in memory of Gary Gene Brake, please visit our flower store.