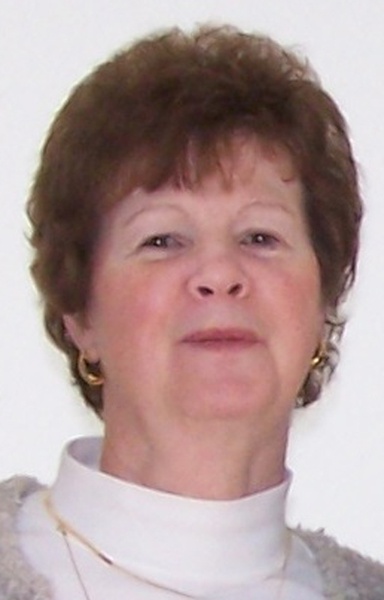 MOUNT PLEASANT - Harriett Arlene Dickinson, 80, died Sunday, January 10, 2021, at Sunny Brook of Mt. Pleasant.
Harriett was born September 26, 1940, in Fairfield, Iowa, the daughter of John and Ruth (Benn) Lawson. She attended Fairfield High School and later acquired her G.E.D. On June 1, 1956, Harriett was united in marriage to Donald Ray Dickinson in Lockridge. For over 50 years, Harriett has been a resident of Mt. Pleasant. She worked for Motorola, and later the Walmart Distribution Warehouse for 15 years, before retiring in 2000. Harriett was a devoted wife, mother and grandmother. She was a long-time member of the Open Bible Church of Mt Pleasant.
Harriett is survived by two sons: Randy (Deanna) Dickinson of Bowling Green, Ohio; Terry (Sue) Dickinson of Omaha, Nebraska; a daughter, Debbie Fisher of Mt. Pleasant; seven grandchildren: Chris, Lyric, Lincoln, Austin, Derek, Brianna, and Brittany; six great grandchildren; and a sister Rosemary Pellegrino of Phoenix, Arizona. She was preceded in death by her parents, her husband Don and a daughter, Connie Cornelius.

Visitation will be held from 11:00 AM - 1:00 PM on Monday, January 18, 2021, at the Olson-Powell Memorial Chapel in Mt Pleasant. A private family graveside service will be held in the McDowell Cemetery in rural Fairfield.

To order memorial trees or send flowers to the family in memory of Harriett Dickinson, please visit our flower store.