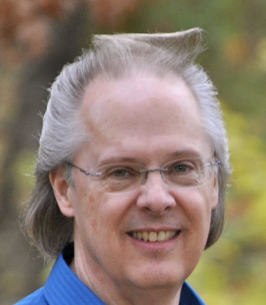 John Clark Schlatter, 69, of Hopkins, MN peacefully passed away on Thursday February 10, 2022 at Emerald Crest Memory Care, surrounded by his loved ones.

John Clark Schlatter was born on January 24, 1953 in Mt Pleasant, IA to Glenn and Jeanette (Zickefoose) Schlatter. John was a member of First Baptist Church in Mt. Pleasant and graduated from Mt Pleasant High School in 1972. After working for a year for the Mt Pleasant Newspaper he joined the Navy. He was stationed at the San Diego Naval base and proudly served his country for four years. Following his honorary discharged he remained in San Diego working for a printing company for the next 16 years. In 1988 he married Lori Moyle from LaCrosse, WI. They made their home in San Diego and their family became complete when their son, Nathan Timothy was born in 1991. In 1999, John packed up his family and they moved to the Twin Cities and settled in Hopkins, MN. John found his nitch in driving shuttle for various hotels in the area. He especially liked driving the airline pilots and hearing about their adventures.

John had a strong faith in God and was always involved in his church wherever he was. He loved playing his saxophone and praising God with his music. Most recently he was attending Life Church/Christian Family Church. John always had a special love for his dog, Cooper, who always brought him a smile. He would play with Cooper or just hold him and let Cooper lick his face – always made John giggle.

In lieu of flowers, gifts of love and friendship may be given to Timber Bay Youth Investment, PO Box 316, Medina, MN 55340 in John’s honor. The Olson-Powell Memorial Chapel is assisting John’s family with local arrangements.

To order memorial trees or send flowers to the family in memory of John C. Schlatter, please visit our flower store.