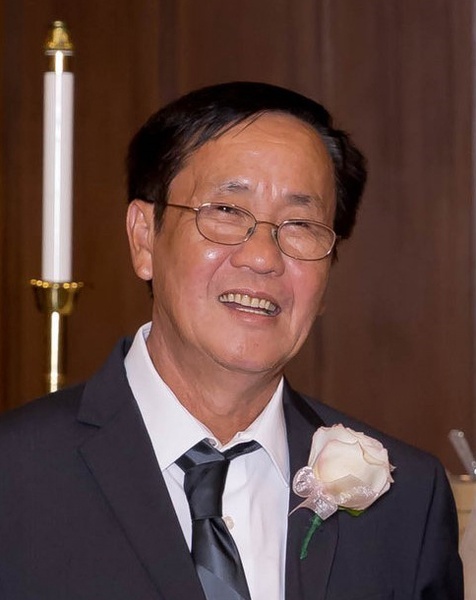 MOUNT PLEASANT - Keith Jerry Baccam passed away Monday, May 3, 2021.
Keith was born April 28, 1952 in Son La,Vietnam and immigrated to Iowa in November 1975. On June 11, 1982 he was married to Pheuy Kavanh in Keosauqua. They made their home in Mount Pleasant where Keith worked as printer for Mackay Envelope. Pheuy passed away in 2008. Keith later married Khay.
Keith retired in 2017 and was excited for retirement and being able to enjoy being outdoors more often. He had many hobbies that reflected his love for being outside. One of his favorite things to do was go fishing early in the morning and then sharing his daily catch with friends. There was always an abundant supply of fish at home that he would proudly boast about. He hunted in the winter and also enjoyed gardening in the summer while sharing fruits from his pear trees and vegetables he had grown with neighbors. Keith also enjoyed cooking and was known for making sausages, sauces and other specialties. He also had a knack for striking up random conversations with many people in town and building relationships with those he met.
Keith is survived by a son Jeffrey Baccam of Iowa City; two daughters: Loraine (Sagar) Patel of Fairfield; Emily (Nic) Youngers of Urbandale. Three brothers: Oat Baccam, Sang Baccam, and Viengsack Baccam; and 3 sisters: Bock Babcock, Von Thong Baccam and Vongkham Tuazon. He was preceded in death by his parents, his first wife, Pheuy, and siblings: Thien, Chon, and Xuan.

A visitation will be held from 11:00 am - 1:00 pm on Saturday, June 26, 2021, at the Olson-Powell Memorial Chapel in Mount Pleasant. A private graveside service will be held in the Pleasant Hill Cemetery.

To order memorial trees or send flowers to the family in memory of Keith Baccam, please visit our flower store.